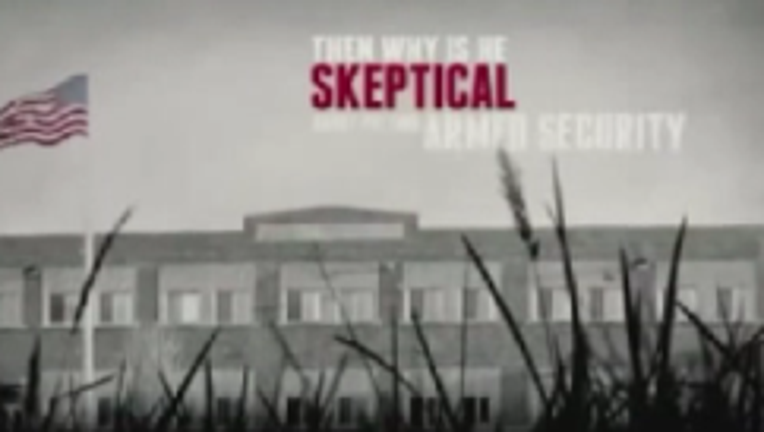 WASHINGTON -- The National Rifle Association released a new television commercial Tuesday night charging President Barack Obama of hypocrisy for being "skeptical" about placing armed guards at schools, while his own two daughters are protected by the U.S. Secret Service.

"Are the president's kids more important than yours?" a narrator says in the 30 second ad. "Then why is he skeptical about putting armed security in our schools, when his kids are protected by armed guards at their school."

The commercial is running on the Sportsman Channel, a cable network focused on outdoors programming such as hunting and fishing. It is also posted on a dedicated web site "Stand and Fight."