Video captured the moment a barber accidentally falls onto a pair of hair cutting shears. (This video has been edited down from its original version)

BOSTON - Video captured the moment a Boston barber accidentally fell onto a pair of hair cutting shears, piercing his chest and inflicting a wound that required open-heart surgery.

Steve Silva was working at the Boston Barber Co. on Feb. 12 when he was injured in a "freak accident."

Security camera footage shows Silva appearing to be chatting with a customer before making his way around the barber chair when he trips on something off-screen and falls forward. 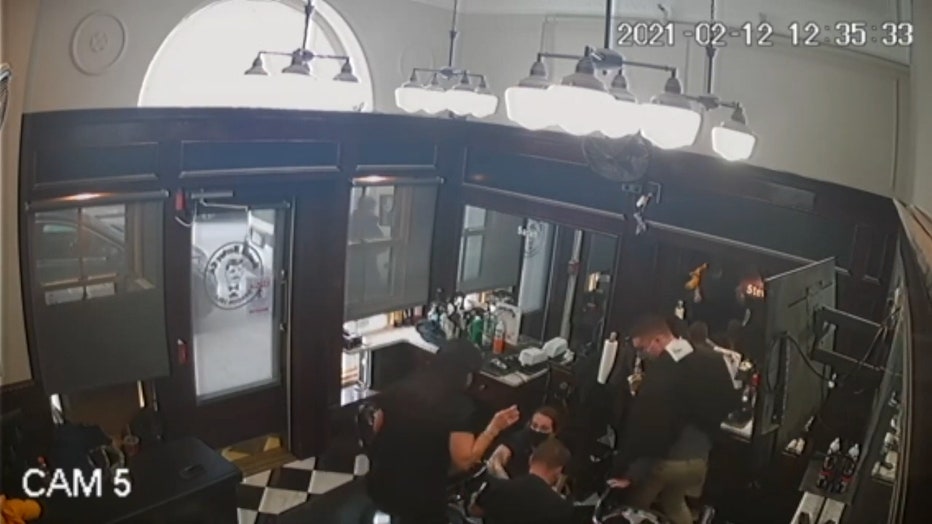 Immediately, two coworkers come to Silva’s aid as he props himself up onto his knees, with one of the coworkers frantically pulling paper towels and applying pressure to Silva’s wound, according to the barbershop owner, Robert Dello Russo.

His coworkers appear to then move Silva to another location off-screen and moments later, paramedics arrive at the shop.

According to a GoFundMe started to help cover medical costs, Silva had to "crack his chest plate and perform open-heart surgery."

He is currently recovering in the intensive care unit and while he "is not out of the woods just yet."

"We are hoping he gets shifted to a recovery bed by Wednesday but his heart took a significant hit and they are struggling to keep him stable," the GoFundMe update read.