NEW ZEALAND -- A 12-year-old boy was rescued from a group of beach-goers who formed a human chain to help drag him out of powerful surf Sunday in New Zealand, the Daily Mail reported.

According to the Mail, Joshua McQuoid from Napier, New Zealand was knocked off his feet and pulled out to sea by a strong undertow. Rescuers tried to save him, but the waves knocked them down, as well, until a group of 12 passers-by held hands and helped rescue the boy. 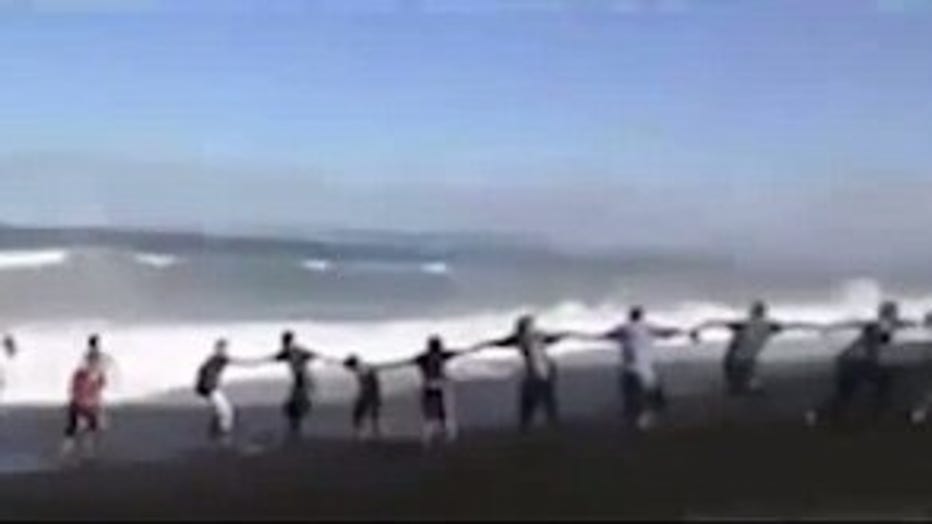 The boy was unconscious when he was rescued. He was given CPR and revived on the sand.