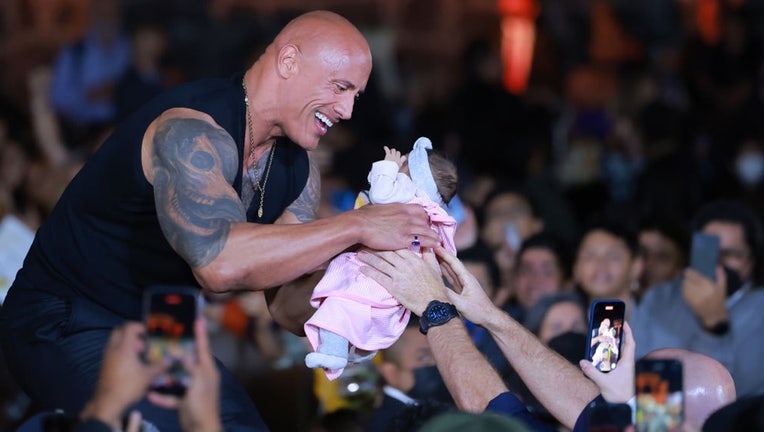 Yes, you read that headline correctly.

While in Mexico to promote his newest superhero film, "Black Adam," Dwayne "The Rock" Johnson was recorded receiving a baby who was crowd-surfed to the stage, where Johnson hoisted her into his giant, tattooed arms.

In the video, which Johnson shared on his official Instagram account, a little wide-eyed baby wearing a white headband and wrapped in a pink blanket was passed from person to person until she reached Johnson.

He then proceeded to carefully pick her up and smile as the baby looked very comfortable, considering it was their first time meeting one another.

The crowd cheered as Johnson is heard saying, "Wow, look at this."

According to his Instagram post, Johnson said he noticed the father of the child with tears in his eyes as he held up the baby and gestured for "The Rock" to hold her. 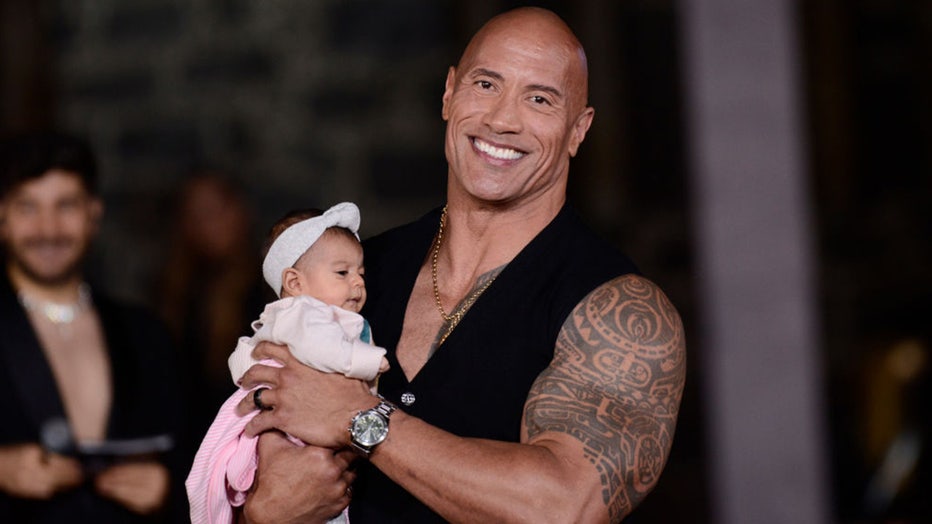 "I honestly thought he was holding a toy doll he wanted me to have as a gift," Johnson continued. "This beautiful, serene, present and trusting angel is Luciana."

"One day, I bet she’ll inspire all those around her," he added. "And whatever this moment meant for her emotional father - means it meant something special for me too."

The video which was shared on Oct. 6, has snagged over 3.9 million views. And while Johnson appeared to love the interaction, many of the people in the comment section of the video did not.

One commenter wrote, "Did they really crowd surf a baby to the rock??" with many others echoing the same sentiment.

Another person wrote, "I am a HUGE fan. But as a dad I would never pass my newborn through hands of strangers. Like I cannot even fathom doing such a thing. Or even having my baby in that environment."

"F--- sake he’s a great man, not Jesus Christ. Who the f--- hands their baby over a bunch of strangers for this...," another commenter wrote.

Despite some of the backlash about the baby’s father’s actions, "The Rock" posted a second video, giving a shout-out once again to his tiniest fan.

In the edited tribute video for his fans in Mexico which was shared on Johnson’s Instagram account just a few days later, the retired WWE star can be heard yelling at the crowd, "Mexico, I want to introduce you to someone very special. Our biggest fan, Luciana." The crowd can then be heard chanting the baby’s name.