UPDATE: Officials at Harborview Medical Center say the woman in Friday's stabbing has passed away.

SEATTLE - An armed bystander chased after the suspect in a domestic-violence stabbing at Seattle Center on Friday afternoon, backing him down until another man pepper-sprayed the suspect and police eventually Tazed and arrested him.

The woman, who police said is the mother of the man's 4-year-old child and is her domestic partner, was sent to Harborview Medical Center with life-threatening injuries after she was stabbed multiple times. 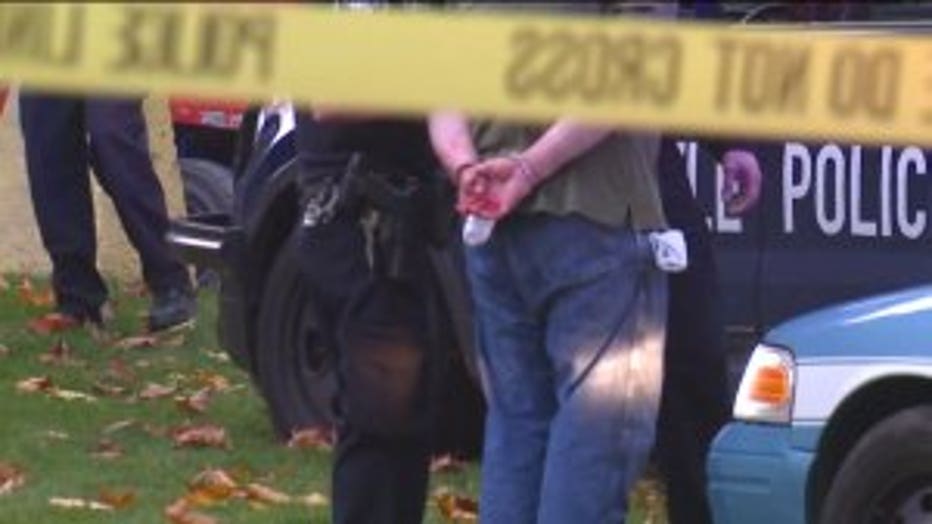 The armed man, Scott Brown, works at one of the stands in The Armory, the food-court area in the Seattle Center where the stabbing took place. He  was there on his day off to meet a friend when he heard the incident.

"I saw a girl on the ground laying on someone's lap, people rushing over," he said. "My focus was going outside."

Brown has his concealed-pistol license and was carrying his handgun, so when the suspect ran out of the area, he decided to chase him down.

Brown said he was waiting for some help, and it took "way too long." He said the last thing he wanted to do was shoot somebody.

For several minutes, Brown walked backward looking into the face of the man police say had just stabbed the mother of his own child.

"Once he saw that I had a gun, he kept trying to convince me to shoot him," Brown said. "(He was saying) make sure I don't miss. Make the shot count. He killed the only person he ever loved."