RENTON, Wash. - The family of a young man who was killed in Renton is sharing how much he was cherished and the justice they are now seeking.

Renton Police said D’Andre Flynn, 25, of Kent, died in the hospital after a car meet up turned violent. Detectives said a fight escalated into several people firing their weapons.

It happened on August 30 around 2 a.m. when dozens of people were hanging out at the Uwajimaya parking lot on South Grady Way for a car meet up.

The first officer on scene said he saw about 200 cars leaving the lot.

Just a few weeks later, the victim’s mother Kay Swenson met Q13 News at the parking lot. She couldn’t hold back her tears talking about her middle child. 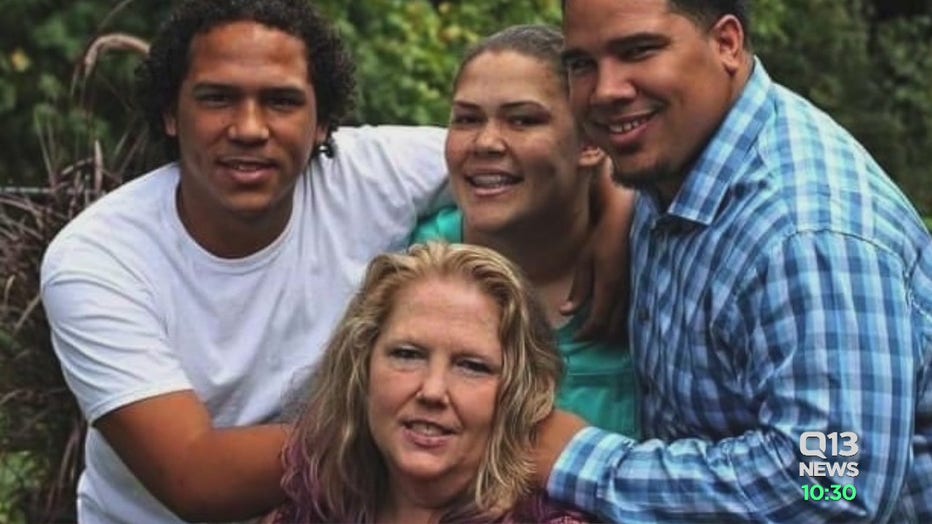 Flynn leaves behind a son of his own who is 4 years old, and his family said he loved his nieces and nephews like they were his own children.

Flynn loved making music and rapping with his sister Nichol, going fishing and spending time with his family and friends.

His older brother Cameron Swenson said Flynn was a mechanic and loved working on cars.

“He came down here for fun. That’s all it was. He loved cars. He was here for the fun and the games, unfortunately, he was here at the wrong time,” said Cameron. “He didn’t deserve this. He didn’t deserve any of that. He was a good kid. He had so much left in his life. He was going to teach his kid everything he knew.”

Renton Police are investigating the case as a homicide. They’d like to speak with witnesses who were there the night of the shooting.

If you have any information, pictures or videos you can submit them anonymously to Crime Stoppers of Puget Sound through the P3 Tips app on your cell phone or call 1-800-222-TIPS. You can also go to www.P3TIPS.com. You could be eligible to receive a $1,000 cash reward.