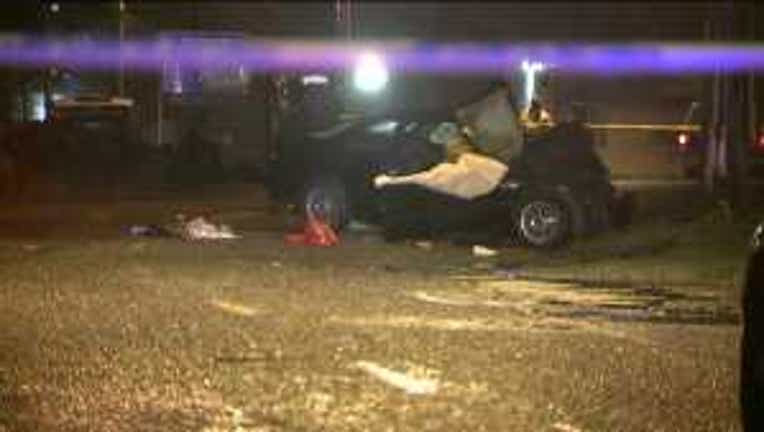 SEATTLE—
The deadly car crash that killed two teens and injured four more Sunday in South Seattle may have been the result of a street race.

The crash occurred just after 8 p.m. in the 9200 block of 8th Avenue South when a car driven by 16-year-old Luis Martinez crashed his Acura Integra into a pole. According to the Seattle Police Department, the car was traveling northbound when it failed to negotiate a curve and the driver lost control.

Martinez was killed on impact. Lucie Hernandez, 13, survived the initial impact but died later at Harborview Medical Center. Four other passengers are in critical to serious condition in the hospital.

According to 16-year-old Gilbert Camacho, a crash survivor, the teens were participating in a down-hill drag race before the car crashed. When they hit a curve, the driver lost control and slammed into a utility pole. Not everyone was wearing a seat belt.

"We were racing and I guess the car slipped and hit the wooden pole," Comacho said. "I still don't believe they passed away. It's kind of shocking."

Mauricio Rodriguez, a friend of the victim, said he couldn't believe his good friends lost their lives.

"He had a lot of talent," Rodriguez said. "He was a great soccer player and I'm full of grief and sorrow to know that he's gone."

It is unknown if alcohol or drugs is a factor.