US Space Force unveils its flag

It’s the first official flag of a new U.S. military service to be unveiled in 72 years.

"Soldiers, sailors, airmen, Marines and ‘Guardians’ will be defending our nation for generations to come," Pence said.

RELATED: Florida makes 'strong case' to be new headquarters for US Space Force

"The opportunity to name a force is a momentous responsibility," the Twitter account for the Space Force wrote. "Guardians is a name with a long history in space operations, tracing back to the original command motto of Air Force Space Command in 1983, ‘Guardians of the High Frontier.’"

The Space Force, which was officially established in December of last year, is the first new military service since the U.S. Air Force was established in 1947.

The 16,000 airmen and civilians that make up the Space Force technically remain part of the Air Force, which previously oversaw offensive operations in space. The force, pushed by President Donald Trump, represents the sixth branch of the U.S. military 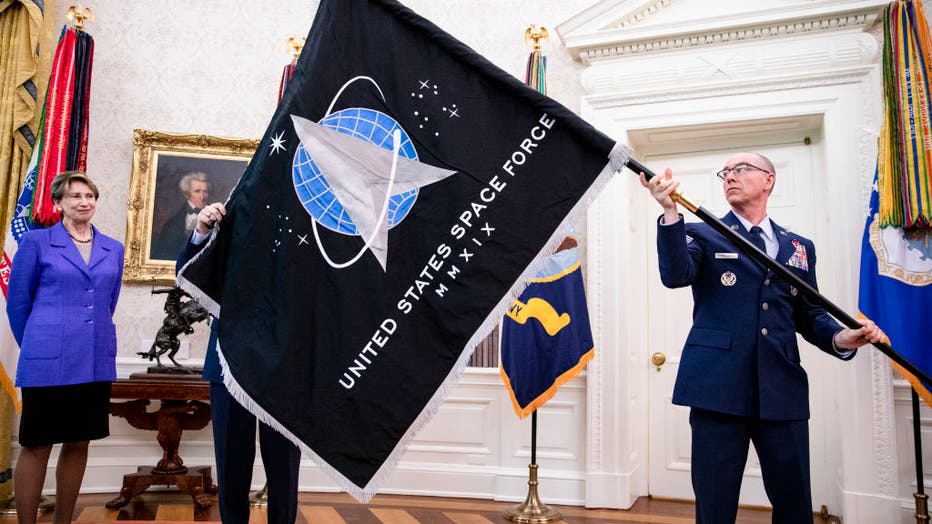 In September, the Associated Press reported that the Space Force has a squadron of 20 airmen stationed at Qatar’s Al-Udeid Air Base in its first foreign deployment.