SEATTLE -- City Council members know the Alaskan Way Viaduct has been sinking for years and needs to come down.  But what they didn't know until Monday was just how much the viaduct has sunk since last year, when the tunnel project began.

“There`s been 1/10th, maybe up to 4/10th of an inch of settlement that has occurred because of some of the contractor`s activities,” Todd Trepanier, of the Washington State Department of Transportation, told the City Council Monday. 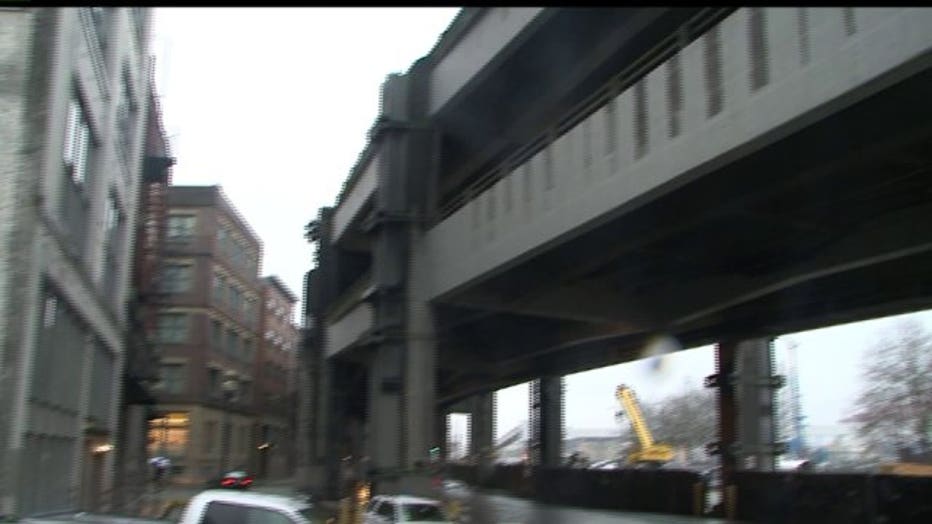 WSDOT says that much settlement was expected.  The agency said their contractor is monitoring the situation, and they're ready to taken action to stop it from sinking more.

But City Councilman Mike O’Brien is concerned about the thousands of drivers who use the viaduct every day.

“Originally they said the viaduct has settled 6 inches in the last 15 years,” he said. "And we were told it could go another inch before it would be too dangerous to be on.”

So he said there could be major problems if it sinks just 6/10th of an inch more.

But WSDOT said it's far more complicated than that. They say there`s no magic number, when it comes to sinking, that would raise a red flag.

Their engineers are constantly monitoring all parts of the viaduct, and making safety adjustments as they go along.

“There`s a lot of eyes on this, and a lot watching of it,” says Trepanier.  “There really hasn`t been any settlement except what has occurred from contractor activities.”

O’Brien doesn't think they need to stop the entire tunneling project right now.  But he said, given the latest update, the city should start making contingency plans for a possible viaduct shutdown.

“Unfortunately now we`re in a position where some of the hypothetical risks that we were talking about a few years ago are starting to play out.”

WSDOT shuts down the viaduct twice a year, so they can do thorough inspections of it. That's happening this weekend.

City Council members are hoping WSDOT will be able to get a little more information about the viaduct during these inspections, and then they'll know just how concerned they need to be.