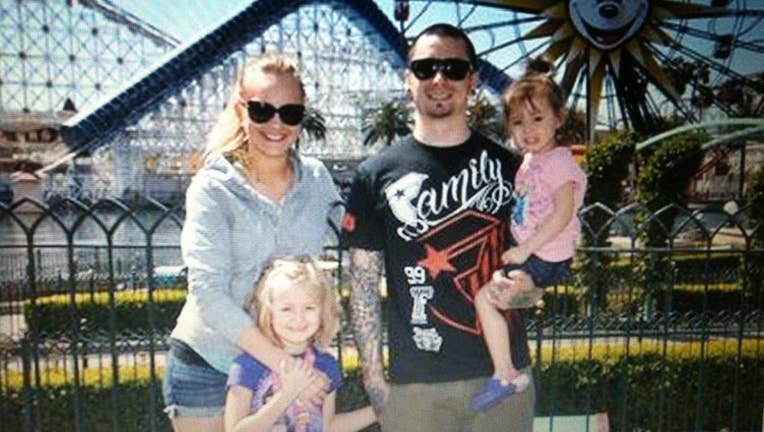 SEATTLE -- It was a trip of a lifetime for the Paquette family of Olympia -- Disneyland with 2-year-old Presley and 6-year-old Riley.

"It was amazing. It was so fun. We surprised Riley for her birthday,” mom Brittany Paquette said Thursday.

The trip was perfect until they got back to Sea-Tac International Airport.

That's when they became victims of baggage thieves.

"We were loading our bags onto the shuttle and didn't even notice one was missing,” Brittany said.

"The last time I saw it was when she had the stroller, she was pushing the stroller and she was towing the bag behind her,” her husband, Nick Paquette, said.

Distracted by the kids and the rest of their bags, they turned away for only a moment.

"Somebody came by and grabbed it,” Nick said.

"We had our camera in there, which had all of our pictures, our video camera ... and our video from Disneyland and I still get upset thinking about it. It's all gone. We'll never see it again,” Brittany said.

Every year some 25 million bags pass through Sea-Tac, and officials say on average only about 120 of them are stolen.

Twenty-five people were arrested in the last three years, and recently investigators identified a half-dozen others as suspects but they have not yet been arrested. Still, the hunt for thieves continues.

"We have uniformed officers. We do high-visibility type patrols. We also have undercover patrols out, video monitors throughout the bag claim area and throughout the airport. We work with the airlines to keep an eye on suspicious activity,” Sea-Tac Airport spokesman Perry Cooper said.

So hopefully other families can be spared the heartbreak the Paquettes now feel.

"I can't believe people are so heartless. The things in there are not worth anything to anybody but our family. It's an old camera and a bunch of souvenirs for our family; nobody is going to benefit from that but us,” Brittany Paquette said.

Airport officials say the best advice is when you deplane, go straight to baggage claim so you are there when your bag hits the carousel. Don’t give thieves a chance to get them before you do and no matter where you are inside the airport or curbside, always keep an eye, if not a hand on, your bags. And, if they are stolen, report it to your airline and to airport police.