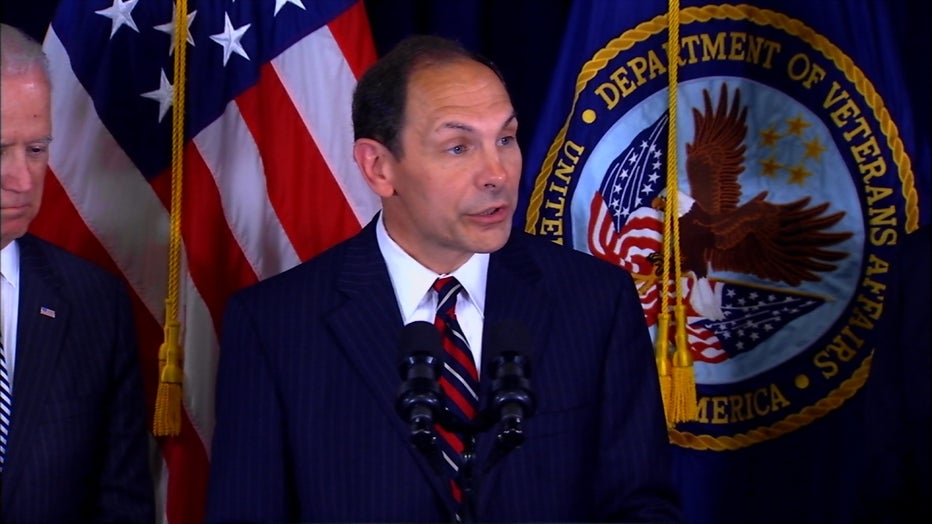 WASHINGTON (CNN) -- The Secretary of Veterans Affairs announced Monday a massive restructuring of the department in the wake of a scandal that left more than a hundred thousand veterans waiting for health care.

VA Secretary Robert McDonald, who took over the agency three months ago after his predecessor Eric Shinseki resigned, said at least 35 people will be initially fired -- and more than 1,000 could soon follow.

"We're simplistically talking about people who violated our values," McDonald said in an interview with CBS' "60 Minutes" that aired Sunday. "It's integrity, it's advocacy, it's respect, it's excellence. These are the things that we try to do for our veterans."

But McDonald first needs to build up a case against each person listed on the pink slip list, since a judge needs to approve each firing.

"We've got to make it stick," he said in the interview.

McDonald's reforms will also attack the core cause of the VA's sometimes 90-day-plus wait times that left some veterans dying as they waited for a doctor's appointments. Details of the delays were first reported by CNN in November.

McDonald told "60 Minutes" he hopes to hire about 28,000 medical professionals to join the agency's hospitals and clinics around the country, including about 2,500 mental health professionals.

And the new VA secretary is taking the initiative to reach that goal, visiting hospitals and medical schools to recruit young doctors to join the ranks of a health care network on the rise -- and pitching incentives like student loan forgiveness.