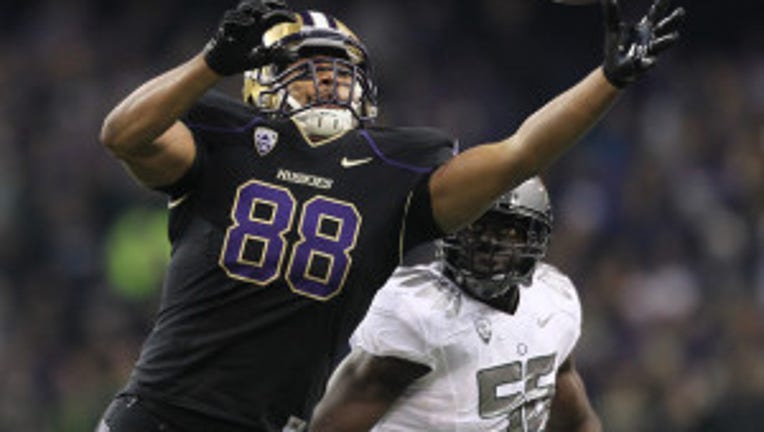 Football coach Steve Sarkisian released a statement Sunday, saying the team was aware of the "incident" and saying Seferian-Jenkins would be disciplined by the program.

"We are aware of an incident that occurred Saturday evening involving Austin Seferian-Jenkins.We are taking the matter very seriously. Austin made decisions that fall short of our expectations for student-athletes who represent the University of Washington. He will be disciplined internally in accordance with team and departmental policies. We will continue to support Austin throughout this process, while also holding him accountable and responsible for his actions," Sarkisian said in a statement.

Seferian-Jenkins, considered one of the best college tight-ends in the country and highly regarded as one of UW's top position players, holds multiple school records. He attended Gig Harbor High School and is expected to be drafted in the first-round of the NFL draft.