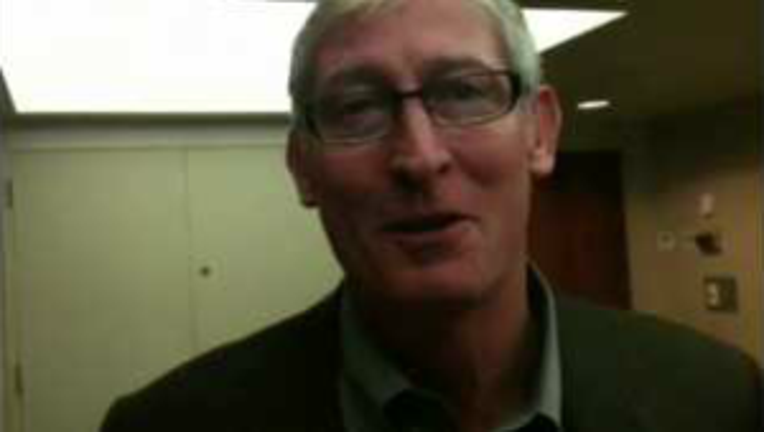 “I thought, ‘Man, 30 years ago, the same thing happened to me in the same situation. It’s crazy,’” Cowan said.

Cowan was walking off the field following the Cougars’ 24-20 upset over UW in the 1982 Apple Cup, when an overzealous fan punched him, too.

“A guy comes, he squares up on me and cold clocks me – just sends me to the ground – and takes off running,” Cowan said. “And Ray Cattage, our defensive tackle, picked me up and put me behind him and said, ‘Stay behind me, we’ll get out of here.’”

Amidst the celebration, UW’s place kicker Chuck Nelson, who missed a critical field goal toward the end of the game, told Cowan, “Now may be a pretty good time to put your helmet back on.”

“I put my helmet back on," he said. "We got off the field, but it was absolutely chaos.”

Cowan said he has no idea who punched him during the post game celebration, nor has he seen the fan again. To make matters worse, Cowan was already suffering from a mild concussion from earlier in the game.

Prior to this season, the 1982 Apple Cup was widely considered to be the biggest upset in Apple Cup history. The Cougars had just two wins heading into the game, and prevented the Huskies from reaching the Rose Bowl.

Despite his bad experience, Cowan doesn’t condemn on-field celebrations after a big win.

“I think the fans rushing the field is a great experience – it’s college football – it’s all part of it,” Cowan said. “You’re dealing with individuals. It’s no reflection on the university. It’s a reflection on an individual people.

I just happened to have an individual who didn’t like me that day.”