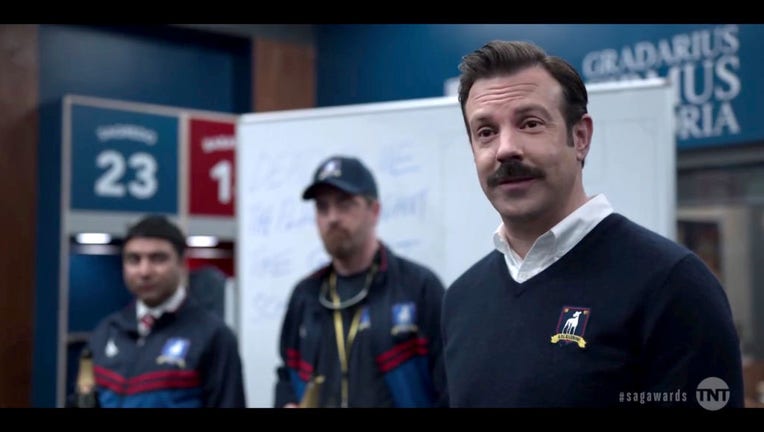 The United States will have a team in the World Cup for the first time in eight years, and one of America's most famous (fictional) soccer figures is throwing his support behind the United States Men's National Team.

Billboards arose across the country over the past several days with personalized messages of encouragement to USMNT members. The messages are from Ted Lasso, the eponymous main character of the hit Apple TV series played by actor Jason Sudeikis.

The location and content of each specific message correspond to that player's hometown or, in coach Gregg Berhalter's case, his current home of Chicago.

Some of the messages were placed on the sides of buildings instead of billboards, such as a message to USMNT midfielder Cristian Roldan that hung on the side of his alma mater El Rancho High School in the Los Angeles suburb of Pico Rivera, Calif.

Related: Why Walker Zimmerman is the leader the USMNT needs

With less than a week before the 2022 World Cup kicks off in Qatar on FOX, the USMNT has already seen an outpouring of support. Berhalter and FOX Soccer analyst Alexi Lalas were met with loud "U-S-A" chants from military members when they visited the FOX NFL Sunday set at Al Udeid Air Base.

The USMNT starts play in the 2022 World Cup when the Stars and Stripes take on Wales in Qatar at 2 p.m. PT Nov. 21 on FOX and the FOX Sports App.

Get updates to this story on FOXSports.com.