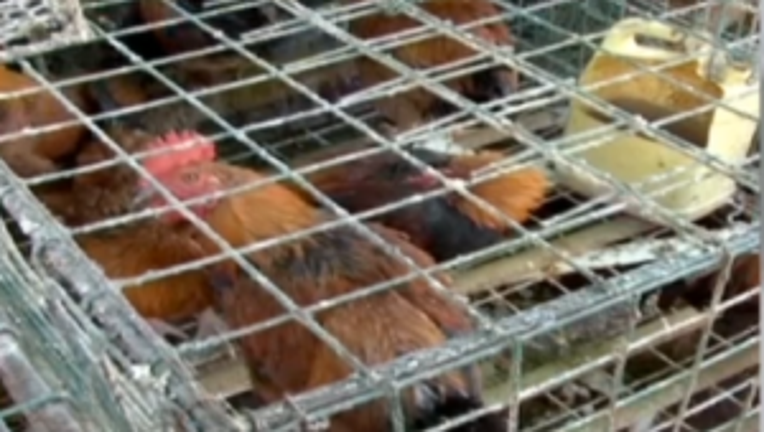 NEW YORK – Lawmakers are opposed to a plan to allow chicken grown, slaughtered and processed in China to be sold here in the United States.

According to New York radio station WCBS Newsradio 880, U.S. Sen. Charles Schumer, D-New York,  said the USDA could sign off on a plan to allow China to export the chicken to the U.S.

Previously, only chicken processed in China was allowed to be sold in U.S. supermarkets. China’s food health standards aren’t as stringent as the guidelines U.S. food manufacturers have to abide to, officials said.

WCBS Newsradio quoted Sen. Schumer as saying, “China has a terrible record on health safety and chickens are one of the things that need the most care and inspections.”

The senator also said that China has been a massive source of food poisoning here in America. The USDA told the radio station that chicken slaughtered in China is currently not allowed in the U.S. because the country’s poultry slaughter system is not up to U.S. standards.

Schumer said a USDA report to Congress indicated that certain areas of China’s slaughter system are equivalent to the their U.S. counterpart.

The USDA said that it is obligated to review requests from countries wanting to export foods, but it has yet to rule on China’s proposal.