U.S. Commerce Secretary Wilbur Ross says the U.S. will collect tariffs on  $1.96 billion worth of aluminum sheet from 18 countries after determining the goods were unfairly dumped here, the broadest trade enforcement action by the agency in more than two decades.

Collection of the duties on imports from nations including Germany, Bahrain and Oman will go into effect immediately, even though the department's determination was preliminary, Ross said. The U.S. International Trade Commission is expected to make a final determination in February 2021, he said.

"This is the largest and most far-reaching case that our department has brought in more than 20 years," Ross said Friday morning during an interview with FOX Business' Maria Bartiromo. 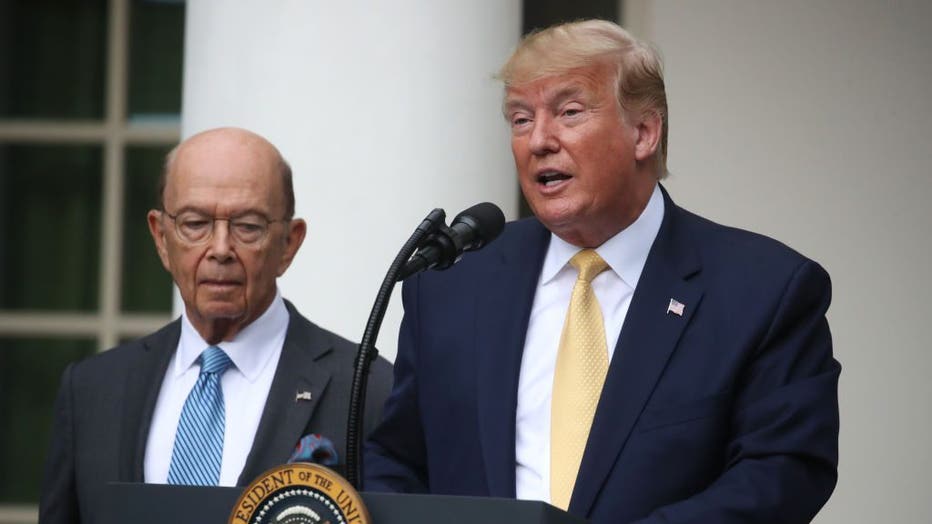 President Donald Trump makes a statement on the census with Secretary of Commerce Wilbur Ross (L) in the Rose Garden of the White House on July 11, 2019 in Washington, DC. (Photo by Mark Wilson/Getty Images)

Importers had already put down cash deposits -- money that the U.S. is now moving to collect. If the ITC rules next year that the countries were not unfairly dumping aluminum product, the cash deposits will be returned.

China is not on the list, Ross said, because the department already collects tariffs on Beijing's aluminum products. That levy has pushed excess Chinese output into other markets, displacing production in those countries and leading their producers to flood the U.S. with goods priced low enough to undercut American producers.

"It's a very complicated matter," Ross said, but "there's a lot of illegal dumping in the U.S., and that's what we're clamping down on."

The tariff rates will be highest against Germany, from 52% to 132%, followed by Bahrain with rates in the single digits.

"Fundamental demand for many of the consumer products has gotten very strong," Ross said, pointing to a surge in sales of RVs and luxurious boats as Americans have grown reluctant to fly during the coronavirus pandemic. "When you have those strong, underlying conditions in an industry, the tariffs aren't so much of a problem."

The Commerce Department began an investigation in March into whether the 18 countries were dumping aluminum sheet in the U.S. market, and whether four of them had unfairly subsidized their exports.