WASHINGTON - The Supreme Court is taking up an Alabama redistricting case that could have far-reaching effects on minority voting power across the United States.

The justices are hearing arguments Tuesday in the latest high-court showdown over the federal Voting Rights Act, lawsuits seeking to force Alabama to create a second Black majority congressional district. About 27% of Alabamians are Black, but they form a majority in just one of the state’s seven congressional districts.

The court’s conservatives, in a 5-4 vote in February, blocked a lower court ruling that would have required a second Black majority district in time for the 2022 midterm elections.

A similar ruling to create an additional Black majority district in Louisiana also was put on hold. 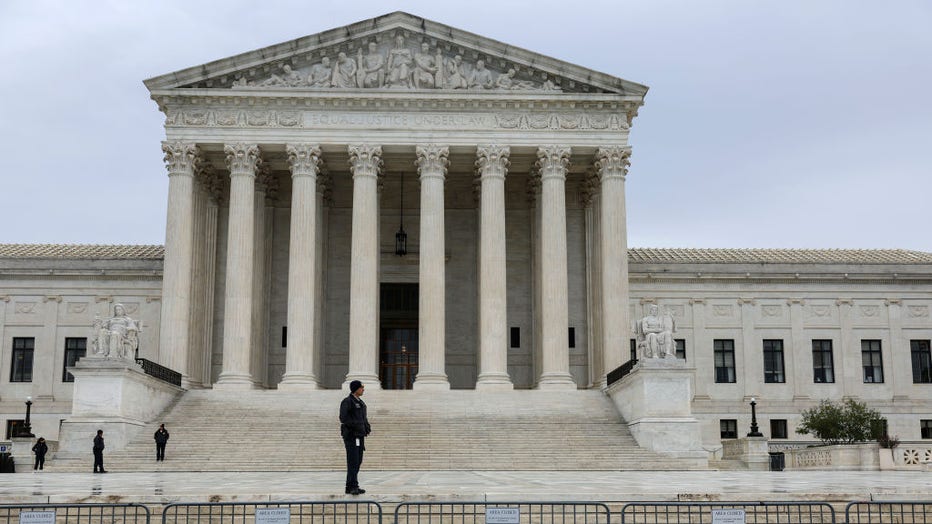 A law enforcement official stands in front of the U.S. Supreme Court Building on Oct. 3, 2022, in Washington, D.C. (Photo by Anna Moneymaker/Getty Images)

Conservative high-court majorities have made it harder for racial minorities to use the Voting Rights Act in ideologically divided rulings in 2013 and 2021. A ruling for the state in the new case could weaken another powerful tool civil rights groups and minority voters have used to challenge racial discrimination in redistricting.

The case also has an overlay of partisan politics. Republicans who dominate elective office in Alabama have been resistant to creating a second district with a Democratic-leaning Black majority that could send another Democrat to Congress.

Two appointees of President Donald Trump were on the three-judge panel that unanimously held that Alabama likely violated the landmark 1965 law by diluting Black voting strength.

The judges found that Alabama has concentrated Black voters in one district, while spreading them out among the others to make it impossible for them to elect a candidate of their choice.

The state argues that the lower court ruling would force it to sort voters by race, insisting that it is taking a "race neutral" approach to redistricting.

That argument could resonate with conservative justices, including Chief Justice John Roberts. He has opposed most consideration of race in voting both as a justice and in his time as a lawyer in Republican presidential administrations.

A challenge to affirmative action in college admissions is set for arguments on Oct. 31.