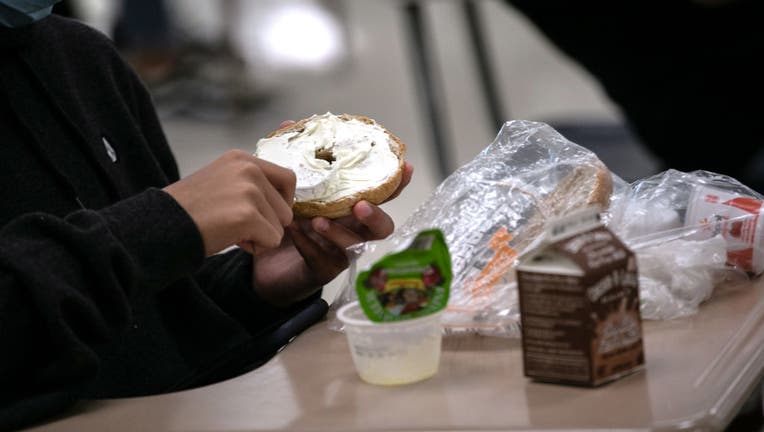 WASHINGTON - Public schools have been serving all students free meals during the COVID-19 pandemic, but that is likely coming to an end this summer after Congress rejected calls to maintain federal funding to extend the practice.

The pandemic disrupted many aspects of education, including the ability for public schools to continue offering quality meals through government child nutrition programs. At the onset of the crisis, the U.S. Department of Agriculture, which administers the federal government’s National School Lunch Program, granted COVID-19 waivers to increase flexibility and meet the dietary needs of children during a time hampered by strict regulations.

"Allowing school food authorities to participate under SSO during COVID–19 operations during the regular school year facilitates the safe provision of meals by eliminating the need to collect meal payments, including cash payments, at meal sites," the USDA said in an April 2021 memo, noting how up to 12 million U.S. children were living in households where they may not always have enough to eat.

The waivers have been renewed several times, and the latest waiver expires on June 30, 2022.

This means that most schools will likely resume the old three-tiered system in which some families don’t pay at all for meals, some pay a reduced price and others pay full price — based on income levels, according to Marlene Schartz, director for the Rudd Center for Food Policy and Obesity at the University of Connecticut.

In 2019, prior to the pandemic, the National School Lunch Program provided low-cost or free lunches to 29.6 million children each school day at a total cost of $14.2 billion, according to the USDA.

Several Democratic senators, including Dianne Feinstein of California, Martin Heinrich of New Mexico and Debbie Stabenow of Michigan, had called for an extension of the waiver through Sept. 30, 2023, as part of the $1.5 trillion spending bill recently passed by Congress and signed into law by President Joe Biden.

The legislation includes $730 billion for domestic programs, the largest increase in four years, along with $782 billion for defense. It also includes emergency funding for Ukraine and European allies.

"Without these waivers, federal child nutrition programs will not be able to adequately meet the needs of children as we work to transition beyond COVID-19," a March 3 letter addressed to Senate Majority Leader Chuck Schumer, D-N.Y., and Senate Minority Leader Mitch McConnell, R-Ky., had stated. "The meals provided through the child nutrition programs are critical to our nation’s pandemic response to childhood hunger."

The Food Research & Action Center, a nonprofit working to end poverty-related hunger and undernutrition in the U.S., also said it was "deeply disappointed" that the extension was not included in the spending legislation. It noted a recent USDA survey that found a majority of school nutrition departments reported staffing challenges and supply chain issues in the 2021-2022 school year.

Public schools in some states will continue providing free school meals after the federal waiver expires, including in California and Maine, due to state measures signed into law during the pandemic.

Starting with the 2022-2023 school year, California will become the first state to implement a statewide universal school meals program, which allows each student to request breakfast and lunch at no charge regardless of their eligibility for free or reduced-price meals.