Amid a global aluminum shortage caused by the continued supply chain backlog on top of an ongoing pandemic, hospitals across the United States are asking for donations of gently used crutches, canes and other orthopedic equipment.

"A global aluminum shortage has left hospitals like Beaufort Memorial without much-needed supplies of crutches for patients, prompting a request for community donations of gently used adult crutches," according to a news release from Beaufort Memorial Hospital in South Carolina.

Hospitals in Utah are asking for gently used aluminum crutches, canes, walkers and even wheelchairs.

At Cooks Children’s Hospitals in North Texas, health care providers distribute 70 crutches a week on average and with the strain of the aluminum shortage, donations are needed. 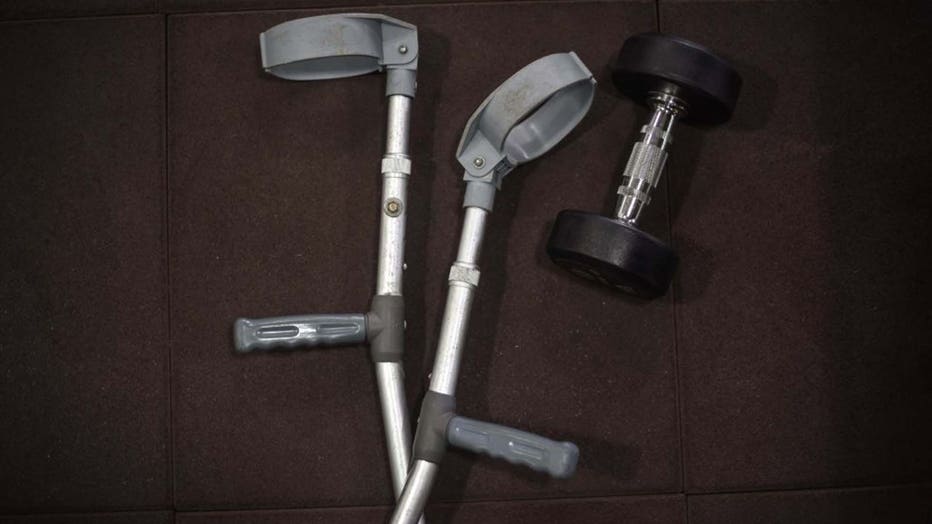 FILE - Crutches and a dumbbell lie on the floor of a gym.

RELATED: Cook Children's asking for donations of crutches due to supply chain shortage

"All of this kind of comes back to the shortage of aluminum," Brady Gendke, vice president of operations at Cook Children’s Home Health, said. "And while we have not faced any shortages as of yet, we are being notified of the backorders that are coming."

The lack of raw aluminum is impacting companies producing everything from canned goods and soft drinks to cars and computers. Combine that with supply chain issues, and Gendke says hospitals nationwide are struggling to keep certain products on the shelves.

Meanwhile, a surge of COVID-19 cases in late October in Southeast Asia led aluminum factories and ports to shut down, Mark Zandi, the chief economist with Moody’s Analytics, said. In addition, energy costs are higher and making aluminum is energy-intensive, leading to higher prices.

There are problems across all supply chains due to the COVID-19 pandemic, in part due to a surge in demand as economies reopened that outstripped the ability of suppliers to keep up, Zandi added. Other industries have struggled to find enough computer chips and lumber during the pandemic.

On top of everything else, the nation’s busiest port complex has become a perpetual traffic jam, with trucks hauling cargo containers backed up day and night as workers try to break through an unprecedented backlog of ships waiting to unload.

About 40% of all shipping containers entering the U.S. come through the Los Angeles and Long Beach ports. The logjam of ships has interrupted the global supply chain prompted the Biden administration to allow the port complex to operate 24 hours a day to try to get goods unloaded and out to consumers.

The labor shortages, along with the difficulties in getting parts and products due to supply chain issues, led to a record reading of 67.3 in the backlog of orders category. Businesses have also had trouble stocking up on goods, with the inventories index declining for the fifth straight month, to 42.2.

All of these problems, along with strong demand, have led to higher prices for just about everything. The prices index rose 5.4 percentage points from September, registering 82.9 in October. That’s the highest reading since 2005, when it hit an all-time high of 83.5.

The Associated Press and FOX 4 News contributed to this report.