(CNN) -- Santa wasn't the only one racing against the clock to get packages to homes Tuesday night. UPS was too.

But the company's backlog left some Americans with gifts missing from under the Christmas tree Wednesday morning.

In a statement, the company explained that "the volume of air packages in our system exceeded the capacity of our network immediately preceding Christmas so some shipments were delayed."

"We know how hard it is for everyone to receive their holiday packages, and we're working around the clock to resolve this issue," Black said. 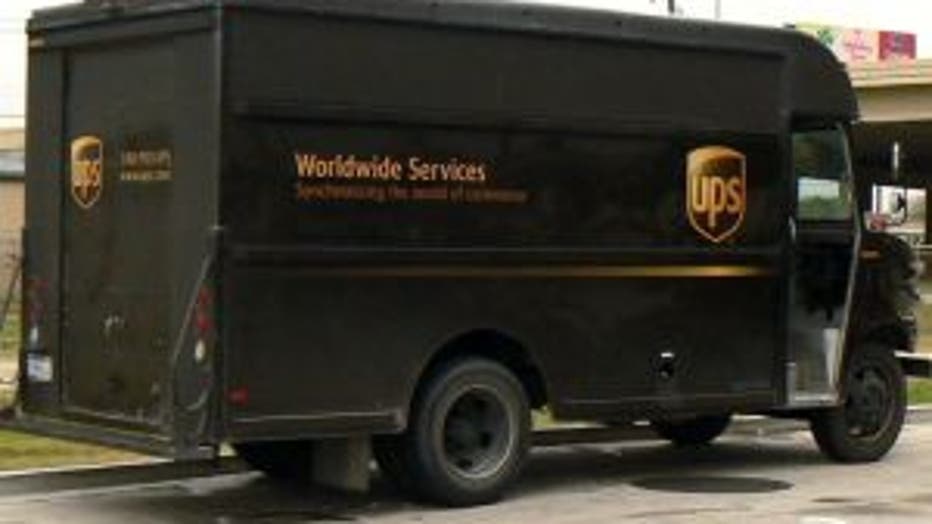 Behind the scenes, perhaps -- but UPS stuck to its plan to make no deliveries on Christmas, angering some customers.

"Thanks for totally screwing us AND lying about it all day," Mo Husseini posted on Twitter. He was responding to a UPS tweet in which the company vowed "every effort to get packages to their destination."

On the company's Facebook page, Melissa Gilbreath wrote that she ordered her sons' gifts on December 9, but the packages have sat in Fort Worth, Texas, since December 18. "I realize it is not about the gifts but that is part of Christmas," she wrote.

But the Facebook page is also filled with messages from people who say they are UPS employees and proud of their work and the company. "We all work really hard and I think people have too high of expectations," Misty Fulton wrote.

"There will be an afternoon sort today," Black told CNN on Wednesday. "Workers will be processing packages so that tomorrow, bright and early, our drivers can clear out the remaining excess air volume. We expect that air volume to be delivered between tomorrow and Friday."

The company considered Christmas Day deliveries as an emergency measure, but "after much thought and consideration" decided not to ask drivers to work on the holiday. "They've pulled in extra hours. We did a lot of Sunday deliveries, which we normally don't do. It wasn't a decision that we came to lightly."

Asked why the company underestimated the volume of air packages it would receive, Black noted that previous severe weather in the Dallas area had already created a backlog. Then came "excess holiday volume" during a compressed time frame, since the period between Thanksgiving and Christmas was shorter than usual this year.

Add to that the consumer trend of doing more shopping online, she said.

"All of this culminated to become the perfect storm, so to speak."

Online retailers are damaged by UPS' mistake. These sites told customers their purchases would arrive in time for Christmas.

Some customers received messages from Amazon.com alerting them of the "failure in the UPS transportation network." In the message, the company offered to refund shipping charges and provide gift cards.

Amazon representatives could not be reached for comment immediately.

"We have a relationship with Amazon. We will definitely work with all of our retailers," Black said. "We're going to make good on our service commitments. What that exactly entails I don't know, but we'll work with them to maintain that relationship."

After January 2, the day the industry processes returns, the company will examine what happened and gauge its contingency planning and losses, she said.

Weather has caused delays in previous years. Technical glitches have as well, but Black said it's been "quite some time" since that happened.

The Warren family of Heath, Texas, had to go a few days without special medicine their 14-year-old son needs in order to eat. "It was just sitting" at a UPS outlet in Mesquite, where the family finally picked it up, Patrick Warren told CNN affiliate WFAA.

"People are really upset in there. They have security guards," one woman outside the UPS distribution center in Fort Worth told WFAA.