SEDRO-WOOLLEY, Wash -- Three people were killed and two others injured in an early morning crash Friday on Highway 20 in Skagit County.

Francis identified the dead as Frederick Brand, 65, of Concrete; Nicole A. Washington, 23, of Sedro-Wooley; and Megan L. Brown, 21, of Bellingham.

The injured -- Alfredo Navarro Jr., 19, of Mount Vernon, and Quinnton A. Baxter, 22, of Burlington -- were airlifted to Harborview Medical Center in Seattle.

The Washington State Patrol said a 1998 Audi A4 was eastbound on State Route 20 when it crossed the center line and struck Brand's westbound Ford Fusion head-on, killing him. The two young women killed in the crash were in the Audi.

WSP investigators are on the scene trying to determine what caused the crash. Troopers said alcohol could be a factor.

Highway 20 was closed all morning and troopers were recommending S. Skagit Highway as a detour. 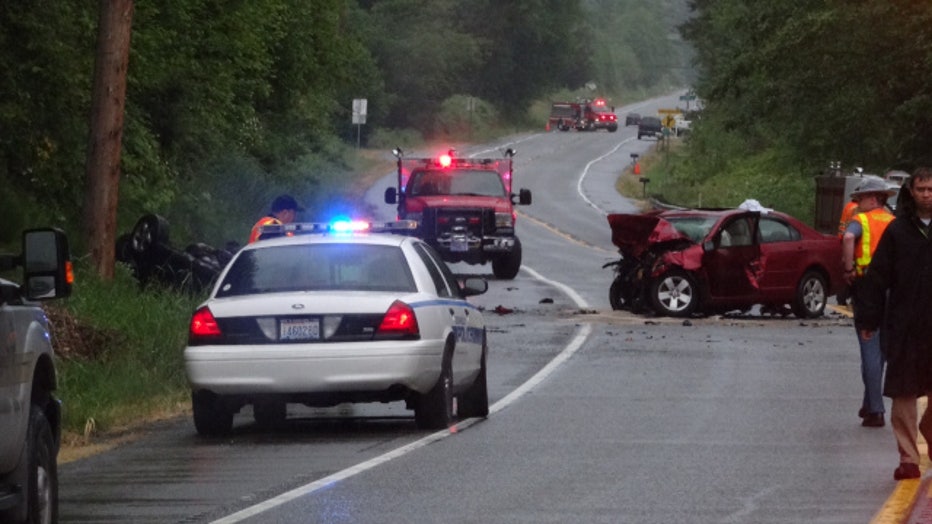