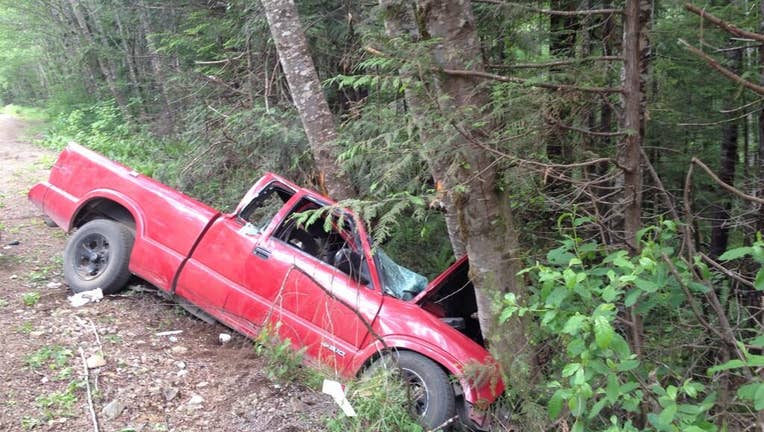 MASON COUNTY, Wash – The driver of a truck that crashed, killing two people Sunday in the Olympia National Forest, has been arrested and could face vehicular homicide charges.

Deputies said as many as seven people were in the pickup when it left the road and hit a tree head-on at a high rate of speed. Five people who were riding in the bed of the pickup were ejected.

Investigators said Marijuana and alcohol were both possibly involved.

The driver was airlifted to Harborview where he is in stable condition after breaking his leg and suffering cuts to his face in the crash.  His identity has not been released.