Multiple brush fires burned in both directions on SR-512 near the I-5 interchange Tuesday afternoon.

Crews said the brush fires were under control by 4:00 p.m. Tuesday, but that crews had moved on to another fire nearby. 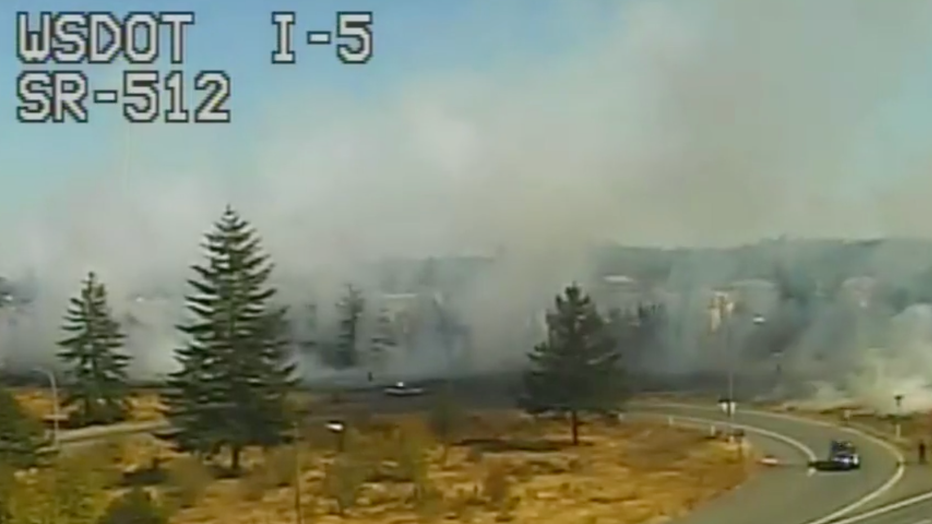 This was one of several road closures in Pierce County due to wildfires that exploded overnight. At least eight homes were destroyed in Graham, and evacuation orders are in place for parts of Bonney Lake and Sumner.

With 12 major fires burning as of Tuesday morning, Public Lands Commissioner Hillary Franz said air quality is poor across the state and is expected to remain poor throughout the day and possibly through midweek.