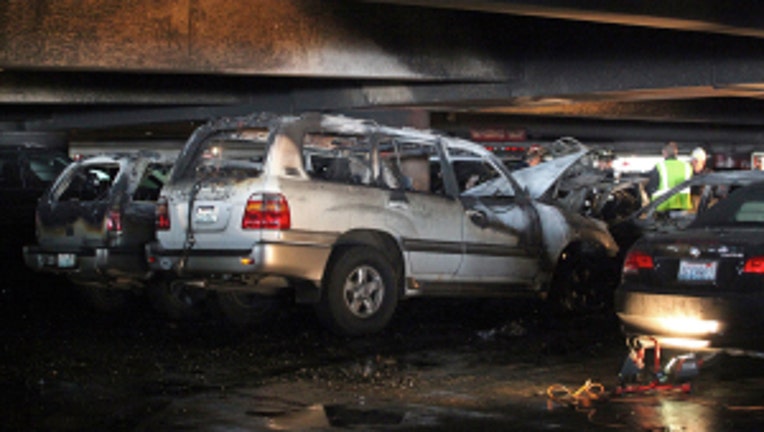 At least 10 cars were destroyed or damaged by a fire Tuesday inside a Sea-Tac Airport parking garage. (Photo credit: Ellen M. Banner / The Seattle Times)

SEATAC, Wash. -- At least 10 cars were destroyed or damaged when a fire broke out early Tuesday morning in a Seattle-Tacoma International Airport parking garage.

Airport spokesman Perry Cooper told The Seattle Times that eight cars were destroyed by the fire, two others were damaged by fire and several others may have been damaged by smoke on the garage’s sixth floor.

Investigators told the Times that they believe the cause of the fire was a mechanical failure in one of the vehicles. Early damage estimate for the vehicles is $250,000, the Times said.