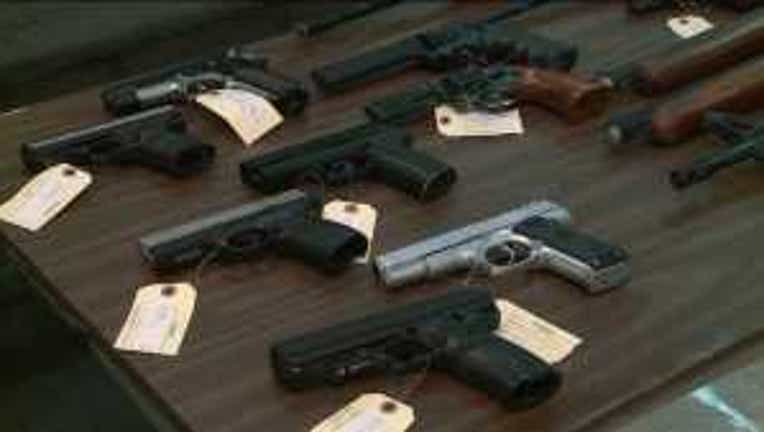 SEATTLE -- King County prosecutor Dan Satterberg announced Wednesday that he will push to toughen penalties against children convicted of possessing illegal guns -- and he was joined by an unusual coalition that may  increase the likelihood of legislative success in Olympia.

But  they stood with Satterberg as he said it’s time to crack down on kids who aren’t legally allowed to have guns.

“Washington state law is ridiculously lenient and it has to change now,” Satterberg said.

It currently takes multiple convictions for illegal possession of a gun before a minor is sent away to a state institution, and Satterberg said the community needs to send a different message to youth.

“Five convictions before a 15-week sentence happens,” he said. “Right now we are simply not holding these kids long enough to try to teach them anything.”

Satterberg’s plan would send kids away after two convictions. He would also make sure that the first offense included at least 10 days in jail. Currently, most minors convicted of gun possession get little, if any, time behind bars.

“Simply releasing a person after they have been caught with a gun is teaching them that there are not consequences, that it’s a video game – that’s not real life,” said state Rep. Christopher Hurst, D-Enumclaw.

While tougher sentences for juveniles have been sought in Olympia before, the strange-bedfellow coalition around this effort gives it a better chance of succeeding.

“The firearms community has never been opposed to cracking down on the right people. And thugs with guns, especially young thugs with guns, are not our friends,” said gun rights advocate Dave Workman.

“We’re going to celebrate that common ground between private rights and public health, the Second Amendment,” Ralph Fascitelli of Washington Cease Fire said. “But there is a lot more work to be done.  There’s no single panacea for this, but this is certainly a good step and cause for celebration.”