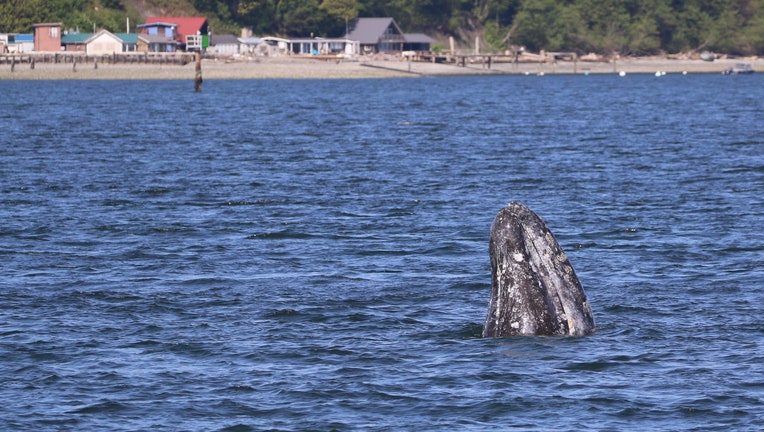 Each year, typically beginning mid-February to early March, the gray whales stop off Washington's coast and island areas as they head north in search of food.

"'Little Patch' has often been one of the earliest or first arrivals, and this year was no exception. His official arrival date of December 7, 2021 means he chose to skip the remainder of the southbound migration to the mating and birthing lagoons of Baja, Mexico to feed in these inland waters," according to the Orca Network.

Another whale, CRC22 or "Earhart," also arrived early-- two months early, which meant she chose to skip the remainder of the southbound migration to feed inland.

As of March 9, another nine gray whales returned and two "new" whales have also made their way into Washington waters. 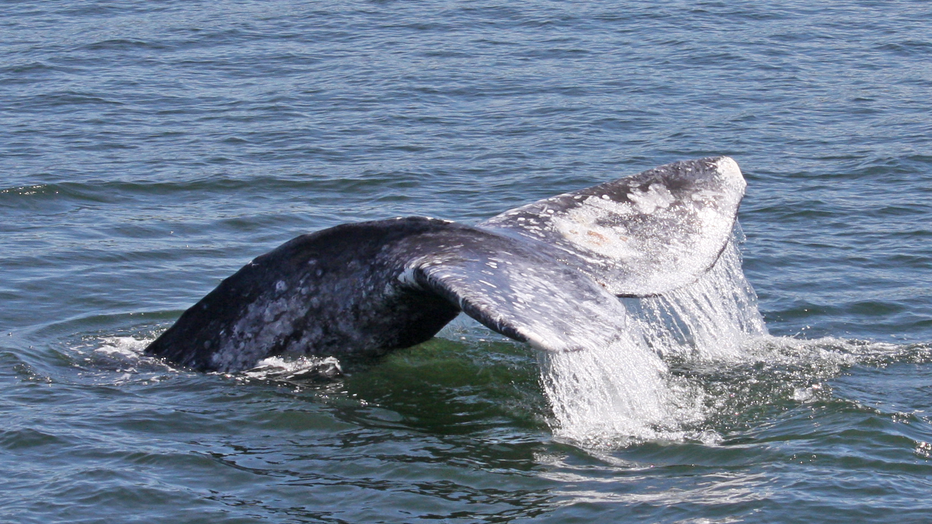 In 2019, National Oceanic and Atmospheric Administration (NOAA) designated a gray whale "Unusual Mortality Event," or UME, defined as "a stranding that is unexpected (and) involves a significant die-off of any marine mammal population."

"During the UME years, several of the gray whales have been arriving earlier and staying longer. Also, during the UME years, there has been an increase in the number of additional grays who have discovered these feeding areas-- approximately 25 individuals since 2018," the Orca Network said,

Many of the new whales have returned one or more years, taking advantage of the ghost shrimp found along some north Puget Sound shorelines.