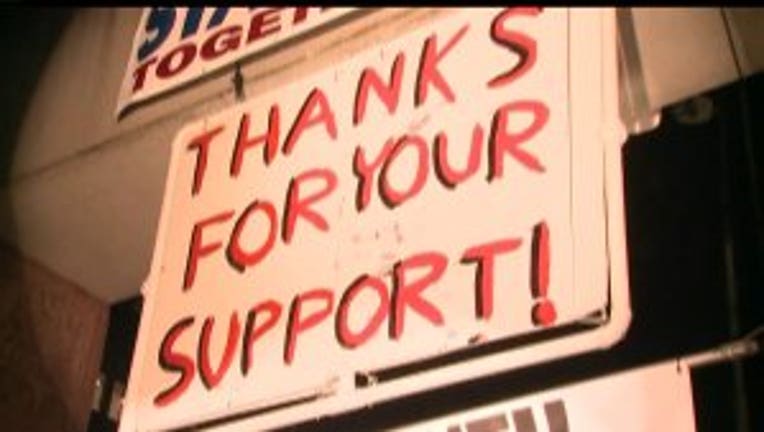 A sign thanking grocery customers for support of the workers during the contract talks.

SEATTLE -- It seemed like a foregone conclusion by last week, but on Thursday, grocery workers unions around Puget Sound ratified an employment contract.

According to Scott Klitzke Powers of the Allied Employers-- the group representing Albertsons, QFC, Fred Meyer and Safeway -- the grocery employee unions ratified the new contract by a high margin earlier this week.