ALLENTOWN, Pa. – A Pennsylvania father used a homemade explosive device to kill himself, his child and one of his friends, authorities announced Thursday.

“It’s a miracle that no other bystanders were seriously wounded or killed," said John Gallagher, chief for the Allentown branch of the U.S. attorney’s office. “What happened here in Allentown on Saturday night was nothing short of a nightmare," he added. 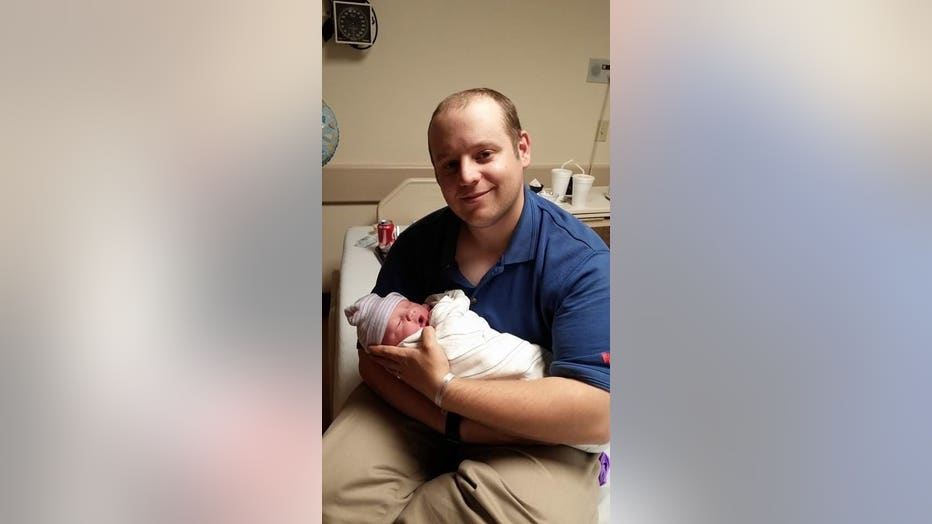 Jacob Schmoyer and his baby son Jonathan were both killed in the explosion in a car on Saturday in Allentown, Pennsylvania. (Courtesy: Tina Schmoyer via CNN)

Officials confirmed 26-year-old Jacob Schmoyer was behind Saturday’s explosion that took his life, along with his 2-year-old son, Jonathan, and his 66-year-old friend, David Hallman.

"All three subjects were inside the vehicle – Schmoyer in the driver's seat, Mr. Hallman in the passenger side of the vehicle and the baby was in a car seat in the back on the driver's side," said Don Robinson, ATF special agent.

Through preliminary lab testing, authorities say it was determined that explosives were placed somewhere near the center console of the vehicle.

Officials say they also discovered Schmoyer sent four letters through the mail the day of the explosion, one of which was sent to the Allentown Police Department and three others that were sent to family members. Each one detailing the construction of the explosive device and his plans.

Police say they received the first letter through the mail on Tuesday, and another on Wednesday. Two more were received Wednesday by family.

"He was very unhappy with his life, described himself in some negative terms, admitted to a number of other criminal acts, a number of other petty thefts to burglaries to other criminal acts that he had committed along the way and indicated a desire not to stick around," Robinson said. "Unfortunately, in these letters, his intent to take Mr. Hallman and his son with him."

“It’s sad, sad day for all families, there’s really no way to describe what runs through somebody’s mind when they’re doing this, but we are confident that we have determined who is involved and who is responsible, and that is Jacob Schmoyer," he added.

Police say they are awaiting final lab work to come in for the explosives and letters, which they are hoping to have in the next few days.

They are asking anyone who finds an item they believe to be related to the incident, not to touch it and report it to police right away.