TACOMA -- A Tacoma woman wants to alert her neighbors.  She says someone went through her laundry, and took all her underwear. She’s concerned about the type of person who would commit a crime like that.

Crystal Holdt didn’t pay that much attention when she took her clothes out of the dryer Tuesday night. She just threw everything in a basket and brought it home. 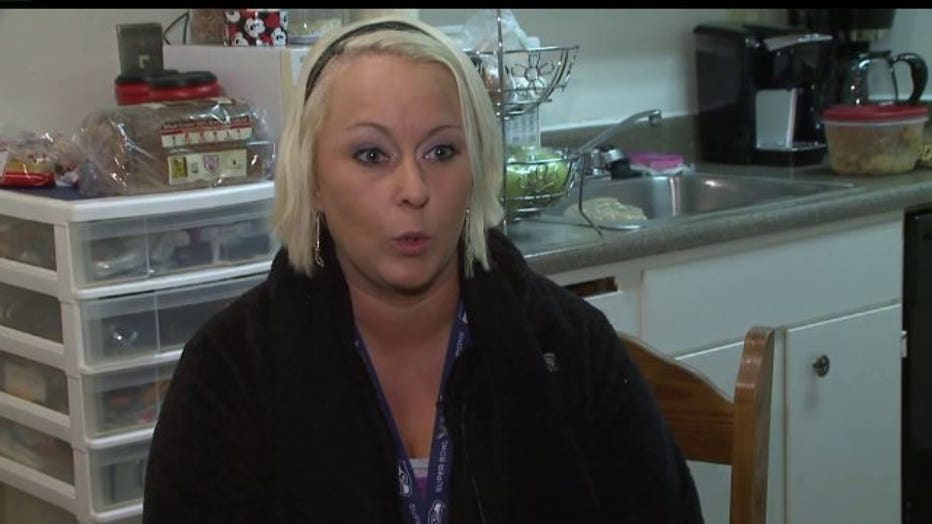 Tacoma resident Crystal Holdt says someone stole all of her underwear from her apartment dryer. (Photo: KCPQ-TV)

“I went to get my laundry out this morning for work, and all my bras and panties were gone,” she said Wednesday. “Nothing else was touched.”

Laundry theft can be a common problem in apartment complexes. There’s a sign at the Westside Estates that says management isn’t responsible for stolen items.

Holdt understands that. It’s why she said she didn’t file a police report.

“I knew I left my items unattended and that was my own fault,” she said. “Lesson learned.”

But she said the fact the thief took only her most intimate apparel is troubling.

“I felt extremely violated. They had to dig through three loads of laundry to find those items, and didn’t bother taking anything else.”

Holdt said she reported the incident to her apartment manager and was told there wasn’t enough funding to add surveillance cameras or more security. She doesn’t know if that’s necessary.

But she’s heard from others that this kind of theft has happened before, so she thinks a warning should go out.

“If there’s someone dangerous in the area, I think people should be aware of that.”

“It makes me a little nervous,” said Angela Arnold. “If they’re stealing bras and underwear, I wonder why? The kind of person who would do that, what else would they be doing?”

“Now I’ll probably look for someone who looks suspicious every time I come in here,” added Marco Mayorquin.