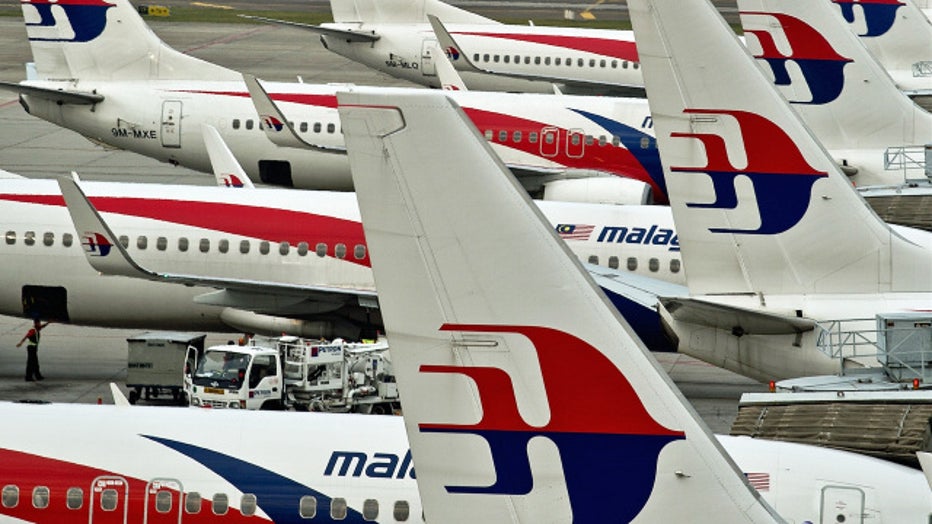 (CNN) -- The loss of a second Boeing 777 in 131 days threatens Malaysia Airlines with another public relations and financial blow as it struggles to overcome industry and consumer fallout after the disappearance of Flight 370.

On Thursday, Flight 17 heading from Amsterdam to Kuala Lumpur crashed in eastern Ukraine, according to reports from the Russian news agency Interfax. Early speculation centered on the possibility it was shot down at an altitude of more than 30,000 feet.

The company confirmed that it lost contact with the flight -- coded MH17. Its last known position was over Ukrainian airspace.

The plane is said to have crashed in eastern Ukraine near the border with Russia. Russian-backed separatists are fighting the Ukrainian military in the region.

As the tragedy unfolds with the obvious potential for significant wreckage and devastating loss of life, the threat to Malaysia Airlines as a company is potentially greater than any single airline disaster, said corporate turnaround expert Ted Gavin, founding partner and managing director of Gavin/Solmonese.

"This is a potentially fatal event for that airline, but also it's an event for them to redeem themselves in how they deal with information and the public," he said.

In the weeks following the disappearance of Flight 370, some family members of passengers were harshly critical of Malaysia Airlines and Malaysian aviation authorities regarding the investigation.

Family members accused airline officials of not offering information about how they responded immediately after the plane disappeared. In the months that followed, they expressed distrust of the airline and Malaysia's government.

"The way Malaysia Airlines handled the disappearance of the last jet was a huge hit to confidence," said Gavin.

In the immediate hours following Thursday's disaster, Gavin said "the airline needs to share every piece of information and every piece of data they have, including the decision making process that led to that plane flying over a recent conflict region."

It also must be unashamed to discuss possible mistakes that were made, said Gavin. "What can't happen is week-long deliberations where families of crash victims don't hear from them or don't know anything."

Searchers are apparently no closer to solving the mystery surrounding the Malaysia AIrlines flight which went missing March 8 en route from Kuala Lumpur to Beijing with 239 passengers and crew.

This month, the airline's main shareholder was considering restructuring the operation and taking it private, the Wall Street Journal reported.

The Journal used the words "turn around" and "resuscitate" to describe the strategy.

Malaysia's Prime Minister Najib Razak tweeted Thursday that Malaysia is launching an immediate investigation into the loss of Flight 17.

In April, the Federal Aviation Administration ordered U.S. airlines to avoid airspace over Crimea, the Black Sea and the Sea of Azov. It said the region posed the "potential for conflicting air traffic control instructions from Ukrainian and Russian authorities" and the "misidentification of civil aircraft."

It's unknown if Malaysian aviation officials issued a similar warning.

The airline still faces possible lawsuits from family members that could total millions of dollars.

Boeing's twin-engine 777 boasts an excellent safety record and is among the most sophisticated airliners flying today. Its capacity is between 300 and 450 passengers and a range of about 5,700 miles.

"There have been bad years for commercial aviation," Gavin said. "But for one airline to lose two of the same type of airframe in such a short time span? It's potentially unprecedented for a commercial carrier in the modern aviation age."

Analysts said it may take a government rescue to save the company from financial disaster.

Malaysia Airlines has faced increased competition in recent years from new regional airlines. It tried to boost revenue by selling more tickets, rather than raising prices, while keeping operating costs under control. It has also canceled some longer flight routes.

But the strategy never took hold, and the difficult business climate has forced the airline into the red for the past three years, leading to a loss of about $1.3 billion over that period.

The Malaysian government has helped the largely unprofitable airline before, though its previous efforts seemed only to provide temporary respite.