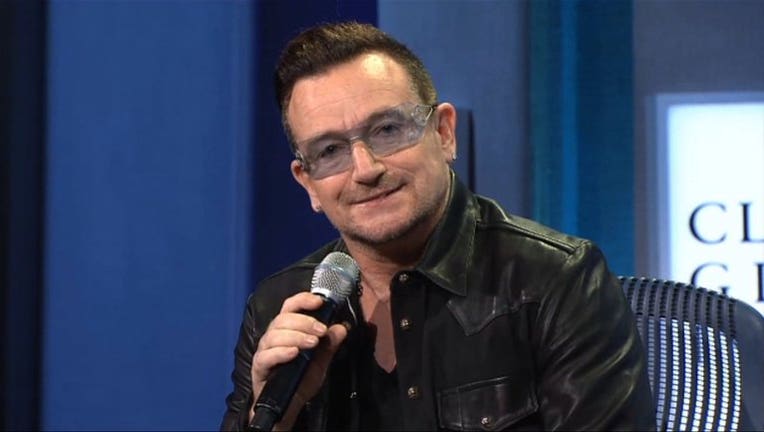 The statement said the band is calling off its scheduled appearances this week on NBC's "The Tonight Show."

"It looks like we will have to do our Tonight Show residency another time - we're one man down," the statement said. "Bono has injured his arm in a cycling spill in Central Park and requires some surgery to repair it."

Reps for the band could not be immediately reached for comment.

"We're sure he'll make a full recovery soon, so we'll be back!" the statement said. "Much thanks to Jimmy Fallon and everyone at the show for their understanding."

News of the fall comes just days after the rear hatch flew off an aircraft taking the singer from Dublin to Berlin.