WASHINGTON -- The Supreme Court by a 5-4 vote cleared the way Tuesday for Texas to enforce a strict new abortion regulation that some womens' groups fear will prevent a third of the state’s clinics from performing the procedure. 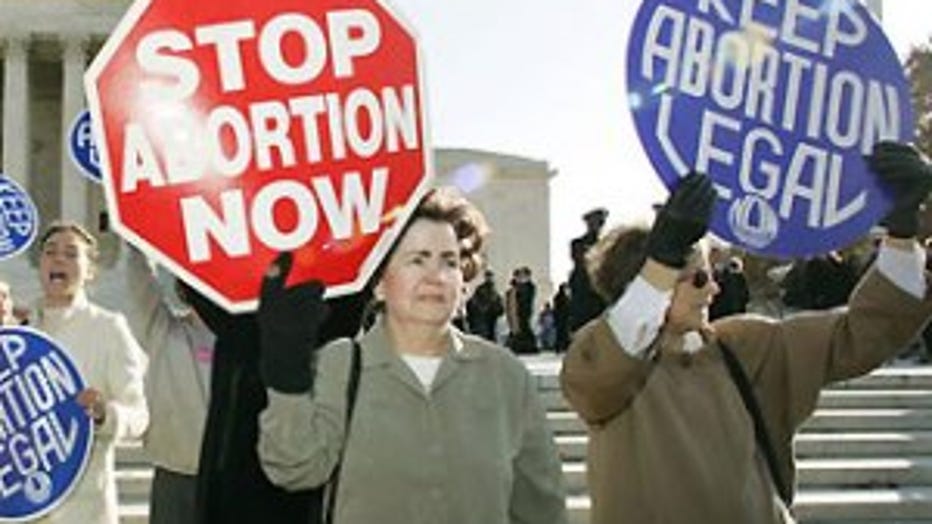 The court split along ideological lines in turning down an appeal to block the law that abortion rights advocates challenged as unconstitutional.

The measure, adopted by Texas lawmakers in July, requires that abortion providers have a doctor on their staff who has admitting privileges at a hospital within 30 miles of the clinic.

By rejecting the request, the justices signaled they do not think the Texas law puts an unconstitutional barrier before women seeking abortions. The Planned Parenthood Federation said the law would force 12 of the 36 licensed abortion providers to stop offering the procedure.

Cecile Richards, president of the Planned Parenthood Federation of America, released this statement after the ruling:

“While we are deeply disappointed, this isn’t over. We will take every step we can to protect the health of Texas women.... This is outrageous and unacceptable -- and also demonstrates why we need stronger federal protections for women’s health. Your rights and your ability to make your own medical decisions should not depend on your ZIP Code.”

“These are commonsense -- and perfectly constitutional -- regulations that further the State’s interest in protecting the health and safety of Texas women, and we are pleased that the U.S. Supreme Court has ruled that HB 2 will remain in effect.”

Gov. Rick Perry, in his own statement, said, “This is good news both for the unborn and for the women of Texas, who are now better protected from shoddy abortion providers operating in dangerous conditions. As always, Texas will continue doing everything we can to protect the culture of life in our state.”