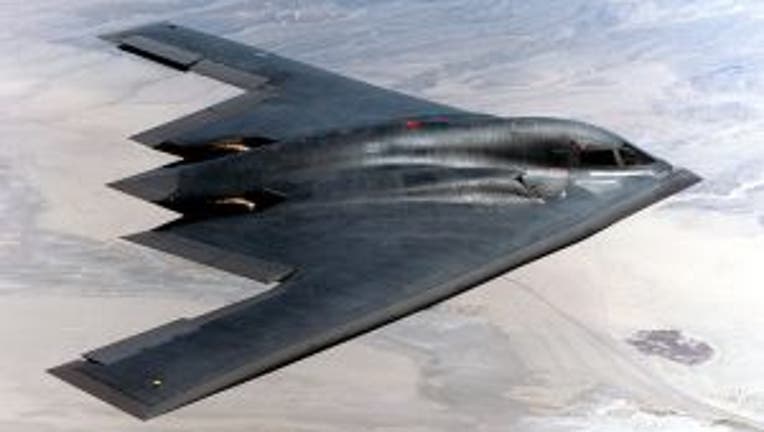 The B-2 Spirit bombers flew more than 6,500 miles from Whiteman Air Force Base in Missouri to South Korea, dropping inert munitions there as part of the exercises, before returning to the U.S. mainland, the U.S Forces in Korea said in a statement.

The mission by the planes, which can carry both conventional and nuclear weapons, "demonstrates the United States' ability to conduct long range, precision strikes quickly and at will," the statement said.

The U.S. military's announcement earlier this month that it was flying B-52 bombers over South Korea to participate in the routine exercises prompted an angry reaction from the regime of Kim Jong Un, which has unleashed a torrent of threats in the past few weeks.

There was no immediate reaction to the U.S. statement Thursday from the North's state-run Korean Central News Agency.

"The United States is steadfast in its alliance commitment to the defense of the Republic of Korea, to deterring aggression, and to ensuring peace and stability in the region," the statement said, using South Korea's official name. "The B-2 bomber is an important element of America's enduring and robust extended deterrence capability in the Asia-Pacific region."