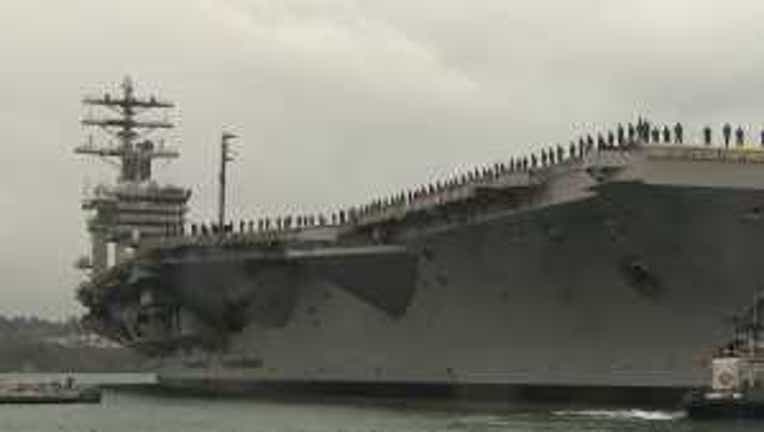 SAN DIEGO -- Eight sailors aboard the aircraft carrier USS Ronald Reagan after a massive earthquake and nuclear meltdown in Japan in 2011 are suing Tokyo Electric Power Co., alleging they were “poisoned” and expose to radiation during humanitarian operations.

The USS Ronald Reagan is now based in Bremerton.

The sailors, in a 36-page complaint filed Dec. 21 in U.S. District Court in San Diego, say TEPCO was negligent after the March 11, 2011, disaster and allege company officials knew the potential health risks but convinced others and “lulled” the Navy into “a false sense of security.”

The group includes eight Reagan crew members and the infant daughter of a female boatswain’s mate who worked on the flight deck and was pregnant during the deployment. They allege they were “poisoned” and exposed to radiation released by the damaged reactors and cooling mechanisms at the Fukushima nuclear power plant.

They claim the company failed to warn them of potential harm during the humanitarian and disaster relief effort called Operation Tomodachi.

The claim seeks a jury trial along with damages, including $40 million in compensatory and punitive damages for each plaintiff and the establishment by TEPCO of a $100 million fund to cover any of their medical and treatment costs.