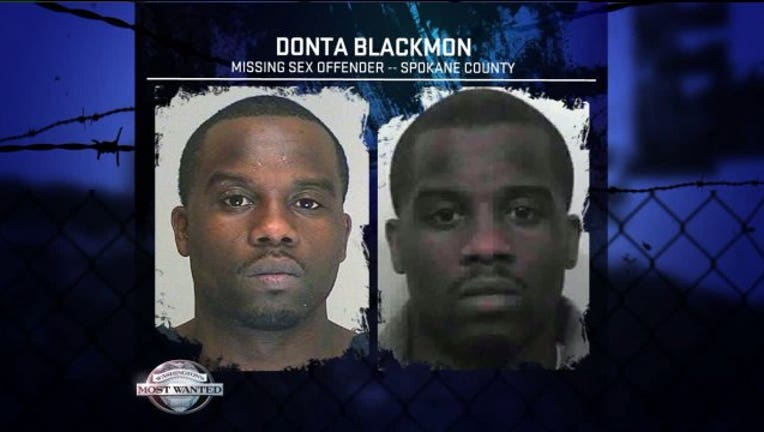 FUGITIVE CAPTURED April 19, 2013 -- The Spokane County Sheriff's Office says Donta Blackmon was captured on Friday by U.S. Marshals. FUGITIVE WANTED IN SPOKANE COUNTY March 29, 2013 -- A convicted rapist and kidnapper is running under the radar in Spokane County. Blackmon preyed on a 13-year-old girl and he's under the Department of Corrections’ watch because he's a registered sex offender, but he isn't checking in like he is required. Donta Blackmon is 31 and has a two-bit looking tattoo of the L.A. Dodgers on his left arm and on his right forearm, you can make out the "3,” but can't be sure if it's an "8" or an "S" in front of it. If you know how to get this missing child predator back on the map in Spokane County, call Crime Stoppers at 800-222-TIPS. You can text a tip here.