SEATTLE -- The U.S. Marshals led Pacific Northwest Violent Offender Task Force has been conducting operations to help local law enforcement agencies in Pierce and Snohomish county conduct compliance checks on 60 convicted sex offenders to verify their addresses. "We found out some people were living where they supposed to be staying and others were not," said Acting U.S. Marshal Jacob Green.

Deputies arrested 4 sex offenders and two others with outstanding warrants.

Acting U.S. Marshal for the Western District of Washington Jacob Green is at Q13 studios discussing the agency`s operations in the state.

Johnson was convicted of Rape of a Child 1st Degree and Communication with a Minor for Immoral Purposes.

The  Level 1 Sex Offender was wanted in Snohomish County for Failure to Register and in Kent for violation of a domestic violence protection order.

Deputies used a bullhorn to demand his surrender. 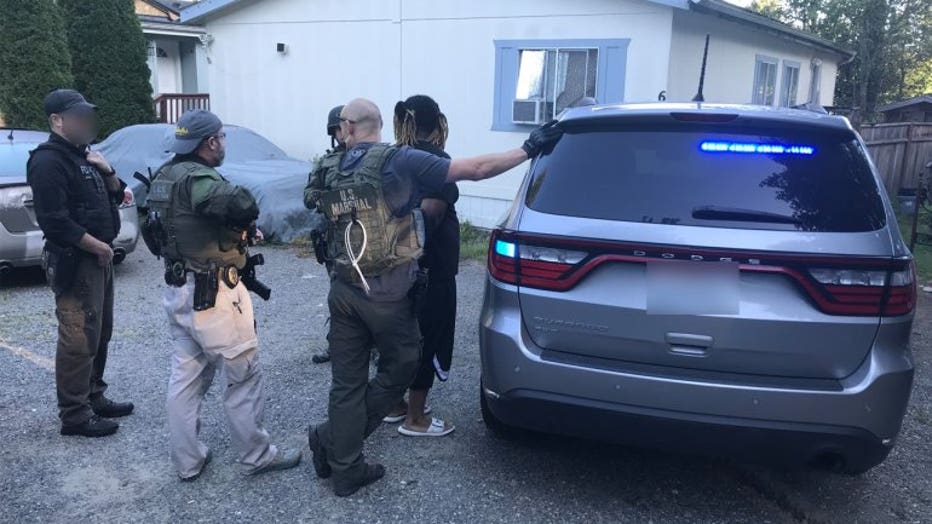 "The individual, he refused to come out, which we know he already has a history of evading law enforcement so we were prepared. We had Deputy Marshals, Seattle Police Department, King County, Snohomish County deputies there. We surrounded the place. He refused to come out at first.  We had to wake up the neighborhood. Please forgive us but for safety we had to call him out," said Acting U.S. Marshal Jacob Green.

Johnson was booked into the Kent Municipal jail. 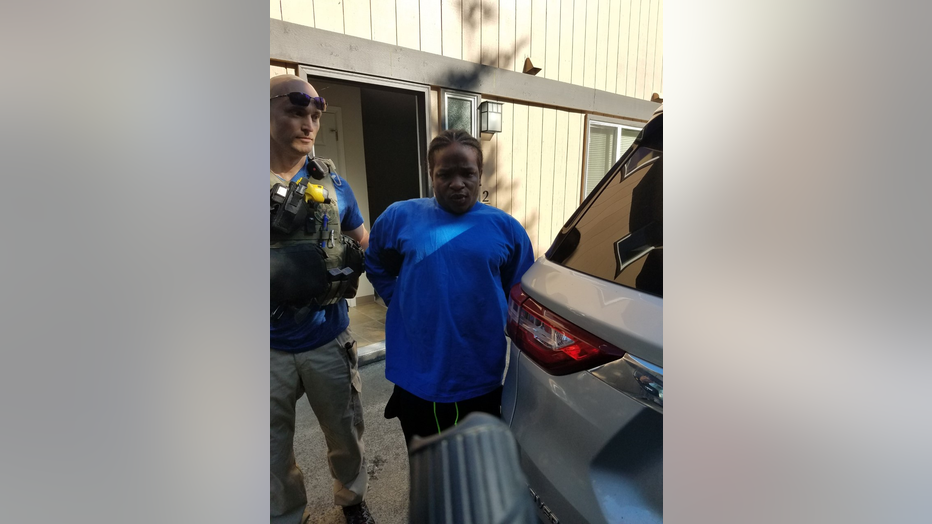 The 32-year-old Level III sex offender was located at an apartment in Lakewood, thanks to an anonymous Washington's Most Wanted viewer tip. Task Force members found him in a bedroom hiding between the bed frame and the mattress.

Abram was wanted for Failure to Register as a Sex Offender.

He was convicted of Rape - 3rd Degree and has a criminal history that includes eluding law enforcement and intimidating a witness.

Abram is WMW Capture #1117 thanks to tips from our viewers. 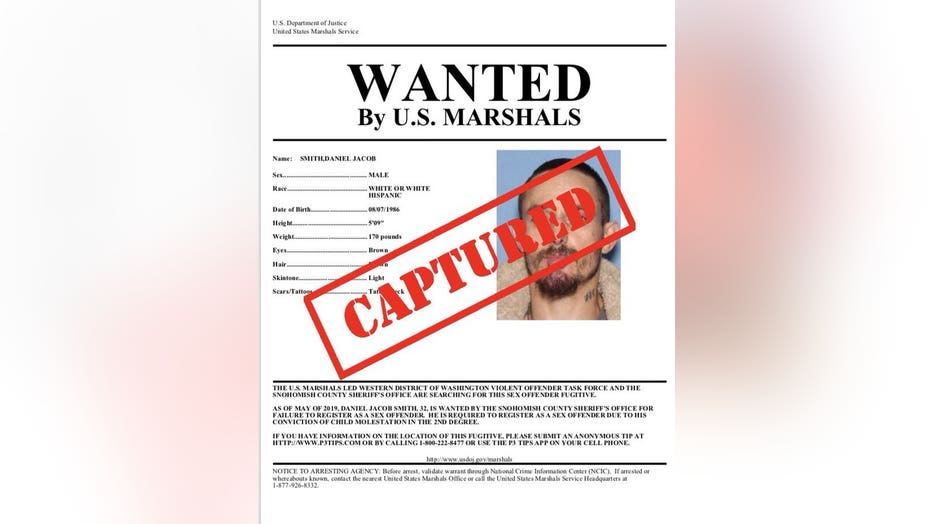 Smith was booked into the King County jail for Failure to Register as a Sex Offender and DUI-Reckless in Arlington.

He's WMW Capture #1123 thanks to tips from our viewers.

The Marshals are asking for the public's help to locate two other convicted sexual predators who could not be found: 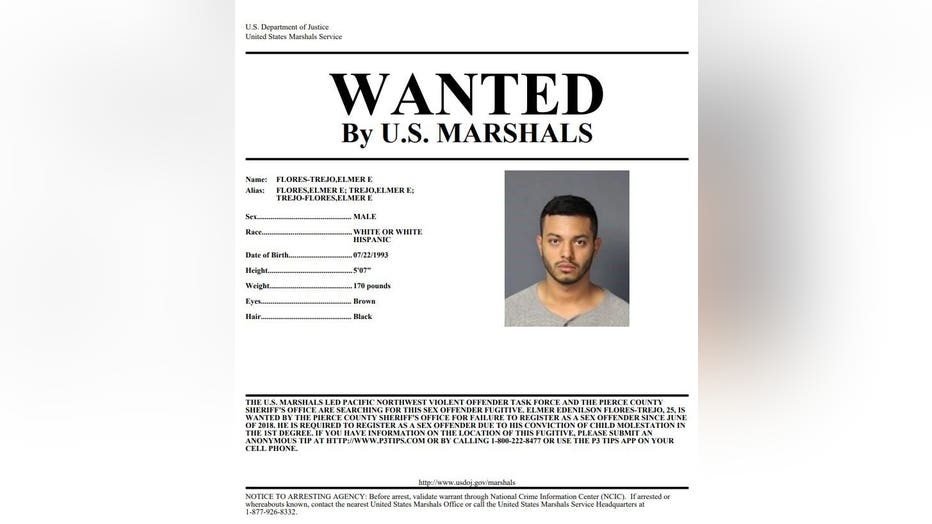 Elmer Edenilson Flores-Trejo is a Level II sex offender wanted in Pierce County for Failure to Register as a Sex Offender.

He was convicted of Child Molestation 1st Degree.

Crime Stoppers is offering a cash reward of up to $1,000 for any information that leads to his arrest. You will remain anonymous. Submit tips by calling 1-800-222-TIPS or go to http://www.P3Tips.com. You can also send the information directly to the Marshals through the P3 Tips App that you can download to your cell phone for free.