FUGITIVE CAPTURED, November 7, 2013 -- The U.S. Marshals Pacific NW Fugitive Apprehension Task Force arrested convicted child rapist Robby Fowler at a 7-11 at 17th and Madison in Capitol Hill. They got Crime Stoppers tips from Washington’s Most Wanted viewers that he would be there. He told them he had run out of places to go. In addition to the 2011 conviction for 3 counts of rape of a child, the 24 year old has been busted for theft, burglary and illegal firearms. Seattle Police work on filing new charges for failing to register as a sex offender 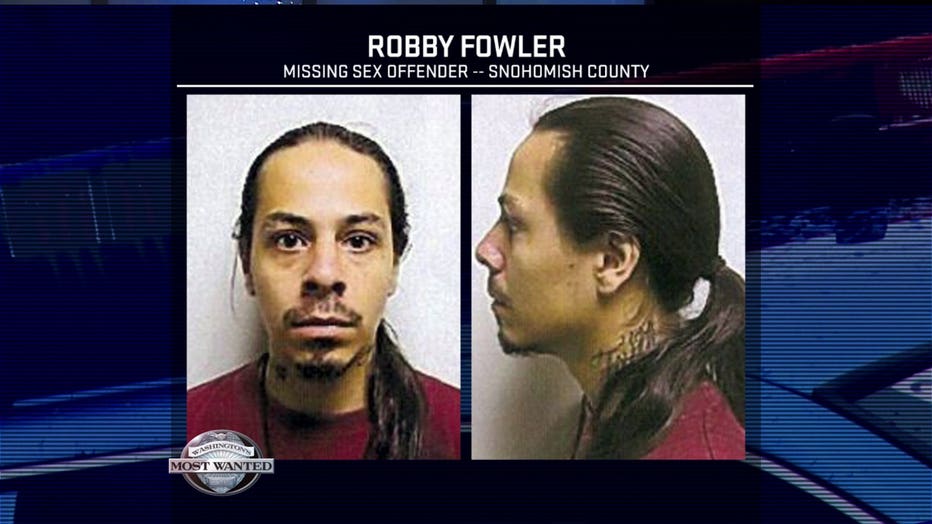 FUGITIVE WANTED IN SEATTLE November 1, 2013 -- A convicted child rapist has dropped off the map and stopped reporting. Seattle detectives think Robby Fowler could be in the Capitol Hill area or around Lake City. He was convicted in 2011 of three counts of rape of a child. Detectives say he was living at a family member's home in Rainier Valley but got kicked out – and he's since disappeared -- a real concern for police. “I was checking with all the detectives this morning about his arrest record. I mean it goes back a long ways. I mean he's got rape of a child, malicious mischief, theft in the third degree," says Ret. Det. Myrle Carner with Crime Stoppers of Puget Sound. "He's lying to the cops every time they stop him, gives them false information. He’s been busted for theft in the 2nd degree, burglary, all kinds of things, even firearms. This is a guy we really want in custody because there's a very good chance he's out doing the same kind of things right now.” Robby Fowler is 24 years old, and has tattoos on both sides of his neck. If you know where he is, call an anonymous tip into: CRIME STOPPERS: 1-800-222-TIPS You must call the Crime Stoppers hotline with your tip to be eligible to receive a cash reward for information leading to a fugitive’s arrest. CLICK HERE for information on how to TEXT A TIP to Crime Stoppers