SEATTLE -- The number of measles cases in the United States this year has risen to 288, the highest number for one year since the disease was eliminated from the country in 2000, the Centers for Disease Control and Prevention said Thursday.

Washington has had 15 measles cases in the first five months of 2014, according to the Washington State Department of Health.

Health officials say Washington typically has about five cases in an entire year.

Here's the breakdown this year by county:


This also is the largest number of measles cases that the country reported in the first five months of a year since 1994, according to the CDC. Health officials say there were 764 cases of measles at this time in May 20 years ago, and 963 by the end of that year."We don't want to break the record of 1994," says AnneSchuchat, assistant surgeon general with the U.S. Public Health Service and director for the National Center for Immunization and Respiratory Diseases. 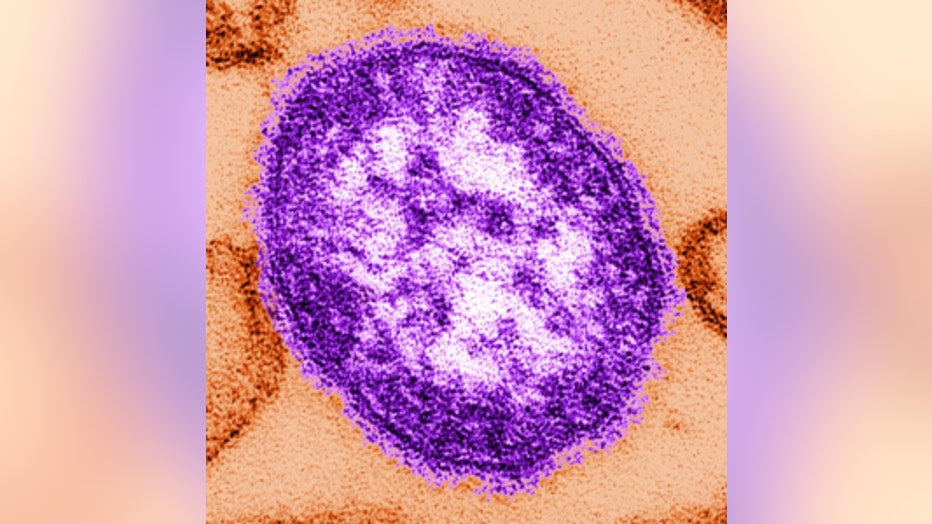 This is why she's describing the latest numbers as a "wake-up call," urging people who are unsure about their vaccine status to get inoculated.

Elimination means there is no continuous disease transmission for at least 12 months in a specific geographic area. Measles is not native to the United States anymore, but cases may arise as people bring the disease into the country from abroad.

Of this year's measles cases, 52% are adults age 20 or older. Those infected so far this year range in age from 2 weeks to 65 years.

"We often think of measles as a childhood disease; today's report reminds us adults can get it, too," says Schuchat.

If you're not sure about your vaccination status, it's safe to get another measles shot, Schuchat said.

The only people who shouldn't get vaccinated are those who are immune-compromised, such as leukemia patients or pregnant women, because the vaccine contains a live virus.

Serious complications and death may result from measles, which is highly contagious. The most common complication seen so far is pneumonia, says Schuchat. "Fortunately, there have been no deaths."

"Ninety percent of all measles cases in the United States were in people who were not vaccinated or whose vaccination status was unknown," the CDC said in a news release.

Schuchat said, "Clusters of people with like-minded beliefs (against vaccinations) can be susceptible to outbreaks when the disease is imported, and it's one of the most contagious diseases."

Nearly all of this year's cases (97%) were associated with importations from at least 18 countries. The source of infection could not be traced back in eight cases, according to the CDC. 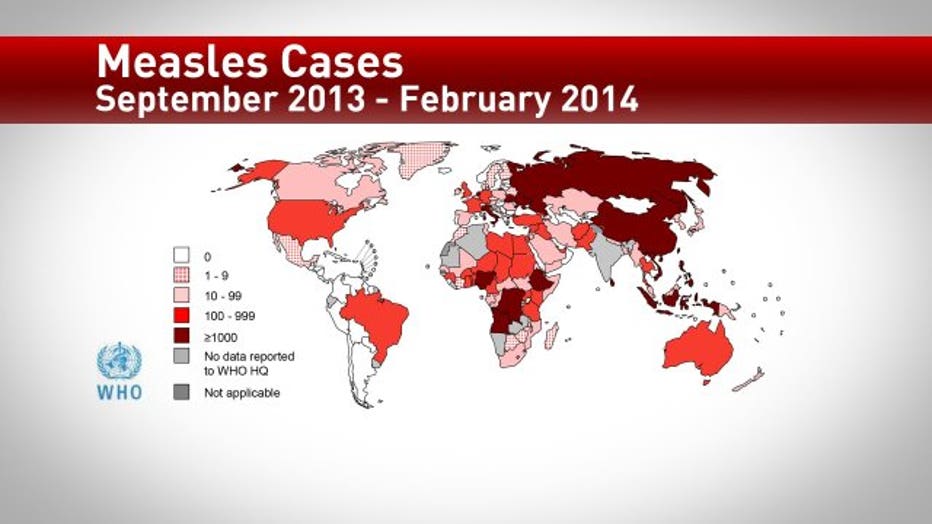 Half of the cases are in people who traveled back from the Philippines, where a large outbreak has been ongoing since October of last year. That country has reported 32,000 cases, including 41 deaths due to measles.

The largest U.S. outbreak so far this year is in Ohio, with at least 138 cases, according to the CDC. The outbreak began with a group from Christian Aid Ministries, who went on a mission to the Philippines earlier this year.

The next largest outbreaks occurred in California (60 cases), and New York City (26 cases).

ALSO: Measles cases on the rise... what you can do about it >>

Schuchat advises that people think of the measles vaccine as a travel vaccine. She suggests putting the MMR (measles, mumps and rubella) vaccination on your to-do list before traveling.

Infants normally get their first measles vaccine between 12 and 15 months followed by another shot between 4 and 6 years. However, the CDC recommends any baby as young as 6 months old that will be traveling internationally should get one shot before leaving and followed by two more shots later.