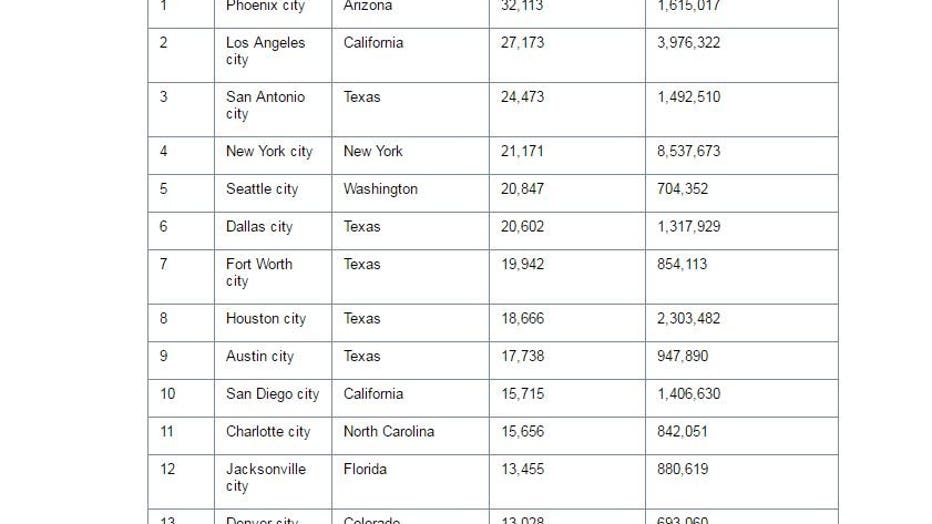 The Census Bureau said that, based on percentage growth,10 of the 15 fastest-growing large cities were located across the South in 2016, with four of the top five in Texas.

“Overall, cities in the South continue to grow at a faster rate than any other U.S region,” said Amel Toukabri, a demographer in the Census Bureau’s population division. “Since the 2010 Census, the population in large southern cities grew by an average of 9.4 percent. In comparison, cities in the West grew 7.3 percent, while cities in the Northeast and Midwest had much lower growth rates at 1.8 percent and 3.0 percent respectively.”

The Census Bureau said later this summer, it will release additional population estimates by age, sex, race and Hispanic origin for the nation, states and counties.