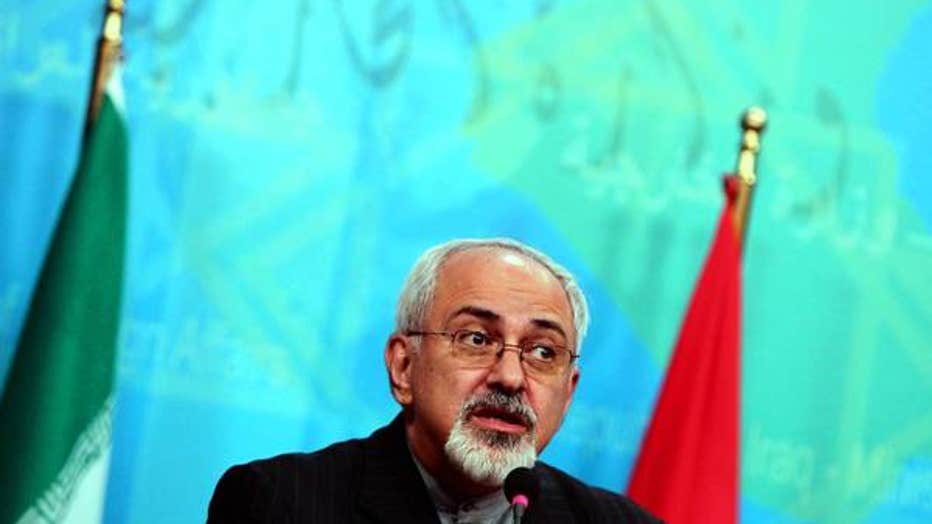 WASHINGTON — Signaling a possible thaw in long-frozen relations, the Obama administration and the new leadership in Iran are communicating about Syria and are moving behind the scenes toward direct talks that both governments hope can ease the escalating confrontation over Tehran's nuclear program.

President Obama reportedly reached out to Iran's relatively moderate president, Hassan Rouhani, through an exchange of letters in recent weeks. The pragmatist cleric is scheduled to address the United Nations General Assembly on Sept. 24, and after years of the United States cold-shouldering his ultraconservative predecessor, U.S. officials say it's possible they will meet with Rouhani on the sidelines.

Beyond that, U.S. and Iranian officials are tentatively laying the groundwork for potential face-to-face talks between the two governments, the first in the rancorous 34 years since radical students seized the U.S. Embassy in Tehran and founded the Islamic theocracy. Diplomatic relations have been broken ever since.

Both governments have issued conciliatory public statements in recent days that suggest a new willingness to scale back the tension.

Obama suggested in four TV interviews this week, for example, that Iran had played a constructive role in pushing Syrian President Bashar Assad to refrain from using chemical weapons. Iran is one of Syria's closest allies and supplies conventional arms to Assad's forces, so Rouhani may have considerable leverage in the Russian-led effort to disarm Syria of its toxic weapons.

"You know, one reason that this may have a chance of success is that even Syria's allies, like Iran, detest chemical weapons," Obama told CNN. "Iran, you know, unfortunately was the target of chemical weapons at the hands of Saddam Hussein back during the Iraq-Iran War.... And you know, I suspect that some of Assad's allies recognize the mistake he made in using these weapons and it may be that he is under pressure from them as well."

Washington and Tehran have exchanged private messages about the civil war in Syria, according to Iran's new foreign minister, Mohammad Javad Zarif, although he didn't reveal the substance. Analysts say Iran is trying to avoid having the Syrian chemical weapons crisis damage prospects for a potential resolution of Tehran's nuclear standoff with the West.

Zarif's prominent role marks a clear shift in Tehran. The graduate of San Francisco State University and the University of Denver, and a popular diplomat when he was Iran's envoy to the United Nations from 2002 to 2007, has been named to lead Iran's nuclear negotiating team.

Rouhani was elected in June after promising voters he would allow greater personal freedom and strengthen the economy.

Since he took office, Iran has scaled back its anti-Western invective and muted the Holocaust denials associated with the previous president, Mahmoud Ahmadinejad. In perhaps the most jaw-dropping sign of change, Rouhani apparently sent a tweet this month wishing Jews a happy Rosh Hashana, the Jewish New Year.

White House officials said Wednesday that they wouldn't confirm or comment on Obama's private correspondence. But Bernadette Meehan, a spokeswoman for the National Security Council, said the administration was ready to talk if Iran was serious.

Rouhani's election "presents an opportunity for Iran to act quickly to resolve the international community's deep concerns over Iran's nuclear program," Meehan said. "Should this new government choose to engage substantially and seriously to meet its international obligations and find a peaceful solution to this issue, it will find a willing partner in the United States."

News organizations closely tied to Iran's ruling elite reported that in his letter, Obama proposed to "turn a new page" in relations, and held out a potential loosening of the economic sanctions that have crippled Iran's economy as part of an international effort to persuade Iran to give up nuclear development.

Obama urged Tehran to comply with the demands of the six world powers that have sought, unsuccessfully, to negotiate strict curbs on Iran's production of enriched uranium. Iran denies it is seeking to acquire a nuclear weapon.

Obama's letter was passed to Iranian officials in the final week of August, when Sultan Qaboos bin Said of Oman visited Tehran and met with Rouhani, supreme leader Ayatollah Ali Khamenei and others, the reports said. Oman is close to both countries, and Qaboos has been eager to act as a mediator, even offering to hold U.S.-Iran talks in his country.

Iran replied with an undisclosed message, according to reports on the Tabnak website and the Fars News Agency. Both are linked to the Iranian Revolutionary Guard Corps, the elite military organization at the heart of the Iranian government.

It's still unclear whether Tehran would give up uranium enrichment. It may be trying to drag out negotiations to avert more punishing economic sanctions while the country continues its drive to acquire nuclear capability, say U.S. officials and private analysts. Khamenei, the supreme leader, is considered extremely hostile to the United States.

But U.S. officials and experts say signs continue to accumulate that Iran intends to shift from a decade of stonewalling negotiations to at least a more open conversation.

Ray Takeyh, a former Obama administration advisor on Iran, said he believed the reported exchange of letters between Obama and Rouhani fit with other signals suggesting the two governments were serious about direct contact.

They "want to get together for talks, and perhaps for sustained ones," said Takeyh, an Iran specialist at the nonpartisan Council on Foreign Relations.

Takeyh said the White House outreach marked a shift from its position during international negotiations last year. At the time, U.S. officials pushed Iran to stop enriching uranium, ship its inventory of near-bomb-grade material out of the country, and close its deeply buried Fordow nuclear-enrichment facility.

If new talks take place, Takeyh said, the U.S. team must determine if Iran's attempted image makeover suggests a willingness to give ground, or if it is aimed at evading the kind of oversight the West has been demanding.

Obama's letter was probably made public by Iranian conservatives who are alarmed by Rouhani's possible overtures and want to build public opposition to any concessions to the United States, analysts said. Though there is powerful public pressure for sanctions relief, elements of the conservative elite remain strongly opposed to concessions.

Zarif this week denied a report about the letters carried in Al Hayat, an Arabic-language newspaper based in London.

Mehrzad Boroujerdi, an Iran specialist at Syracuse University, said Zarif's denial "was probably a sign that he doesn't want to be a target of the conservatives over this." But Boroujerdi said he, too, believed the reports of the letters were credible.