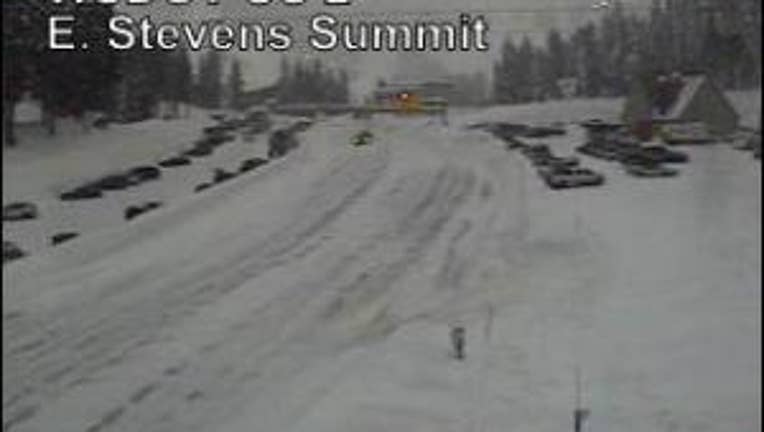 STEVENS PASS- The Washington State Department of Transportation reopened Highway 2 Tuesday from Stevens Pass to the west end of Leavenworth.

The pass has been closed since Saturday after a series of accidents, including a double fatality accident, caused by falling, snow-laden trees made driving treacherous. Compact snow and ice were on the roadway, and traction tires were advised. Oversized vehicles were prohibited.

The pass was closed for more than 48 hours. If the dangerous conditions had continued to exist, WSDOT planed to bring in a large helicopter to attempt blow snow from the trees on Wednesday.

“At least four more large trees crashed to the roadway overnight, and there is no way to estimate a reopening time,” Washington State Department of Transportation regional administrator Dan Sarles said Sunday. “Given what has happened at the pass, this is the right decision to make for the safety of drivers and our workers.”