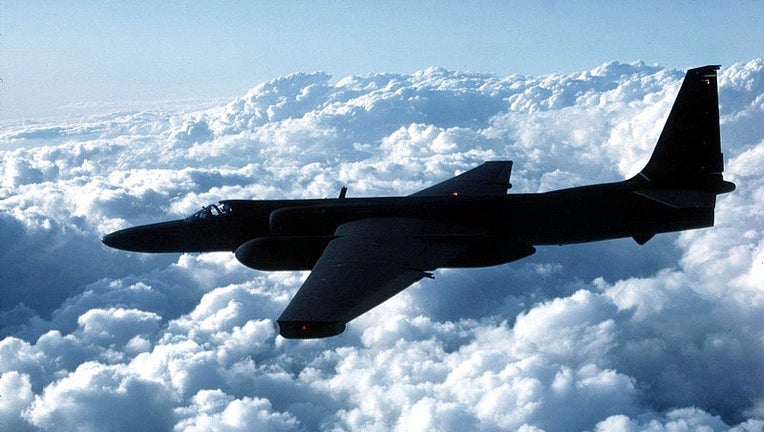 The problem involved a U-2 aircraft, the type famed for conducting reconnaissance missions over the Soviet Union during the Cold War.

A Federal Aviation Administration computer system interpreted the U-2's flight path at a very high altitude as if it were flying in a much lower and more crowded airspace.

The computer -- which anticipates the flight path and looks for possible conflicts such as other aircraft or restricted airspace -- was overtaxed by the many flight changes the U-2 had plotted, officials said.

That work used much of the computer's memory and interrupted its other flight-processing functions, FAA spokeswoman Laura Brown said in a statement.

The agency said it has added computer memory to prevent a recurrence, while others said officials are racing to install a more permanent computer patch.

The hourlong computer shutdown last Wednesday afternoon led to dozens of delayed, diverted and canceled flights but did not result in any mishaps. It had the most impact in the Los Angeles area, where flights were grounded while experts sought to troubleshoot the problem. The side effects lasted almost half a day.

To resolve the issue, the FAA "has enabled facilities that use the computer system to significantly increase the amount of flight-processing memory available. The FAA is confident these steps will prevent a reoccurrence of this specific problem and other potential similar issues going forward," Brown said.

First, a U-2 aircraft flew a path that involved numerous waypoints and altitude changes in airspace controlled by three facilities. Those facilities were the Los Angeles and Oakland Air Route Traffic Control Centers, and the High Desert TRACON at Edwards Air Force Base.

Simultaneously, there was an outage of the Federal Telecommunications Infrastructure, a primary conduit of information among FAA facilities.

"That (U-2) flight plan, coupled with the FTI outage, in essence created a perfect storm," one official said.

The U.S. Air Force currently has 32 U-2 aircraft, which are capable of flying at altitudes up to 90,000 feet, according to IHS Jane's.

The fact the plane was a U-2 was not significant, one FAA official said.

But the plane's many waypoints, or geographic fixes, and its numerous altitude changes overwhelmed a system that projects the flights path and anticipates problems. The situation was complicated by the FTI outage, one official said.

The FAA official likened it to a problem with a software program causing a laptop computer to crash.