Ty Lue will reportedly replace Doc Rivers as the head coach of the Los Angeles Clippers.

LOS ANGELES - It's official. Ty Lue will replace Doc Rivers as the head coach of the Los Angeles Clippers, it was announced Thursday.

Lue was the assistant coach for the Clippers last season.

It was also reported Chauncey Billups will be the lead assistant coach.

This comes days after the Los Angeles Lakers won the 2020 NBA Finals against the Miami Heat in Game 6 of the series on Sunday night. 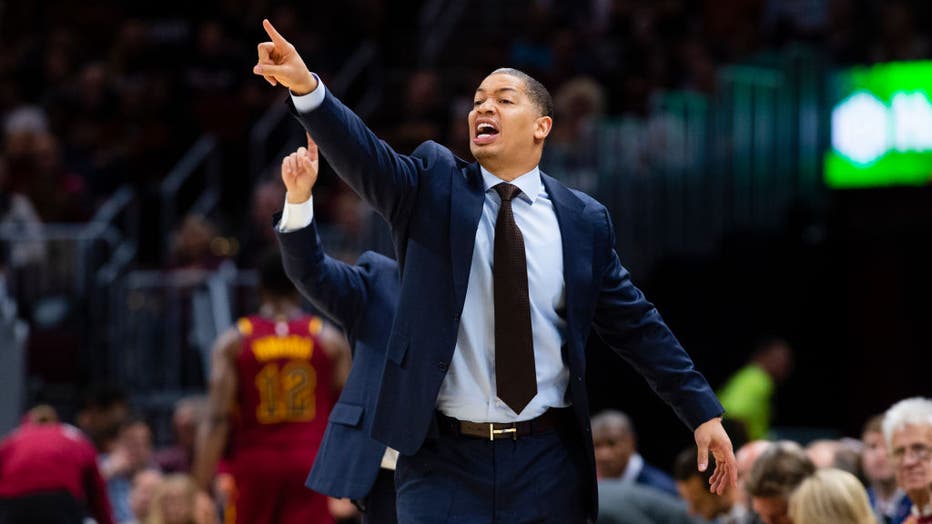 CLEVELAND, OH - OCTOBER 27: Head coach Tyronn Lue of the Cleveland Cavaliers yells to his team during the first half against the Indiana Pacers at Quicken Loans Arena on October 27, 2018 in Cleveland, Ohio. (Photo by Jason Miller/Getty Images)

The Clippers fell short of expectations and were expected to meet the Lakers in the Western Conference Finals after acquiring all-star Paul George and 2019 NBA Finals MVP Kawhi Leonard.

However, the Clippers were left stunned when they were eliminated in the semifinals against Denver.

Shortly after the Lakers defeated Denver in the Western Conference Finals, Rivers was let go.

On the heels of his departure, Rivers was announced as head coach of the Philadelphia 76ers.

Lue is one of the most sought-after coaching prospects in the league as the Indiana Pacers, New Orleans Pelicans, Houston Rockets, and Oklahoma City Thunder also seek new head coaches for the 2020-21 NBA season.

He won an NBA Finals as the head coach of LeBron James and the Cleveland Cavaliers in 2016.

It was reported by ESPN on Wednesday that Lue would take the head coaching position in Houston to replace Mike D’Antoni.

However, it appears he will stay in Los Angeles as the Clippers look to avenge their disappointing finale.