SEATTLE -- The two Washington skiers killed in an avalanche in northeastern Oregon were identified Thursday as Jake Merrill, 23, of Bellingham, and Shane Coulter, 30, of Seattle.

They were among a group of eight on a multi-day, guided backcountry skiing trip in the Wallowa Mountains in northeastern Oregon when an avalanche struck early Monday. 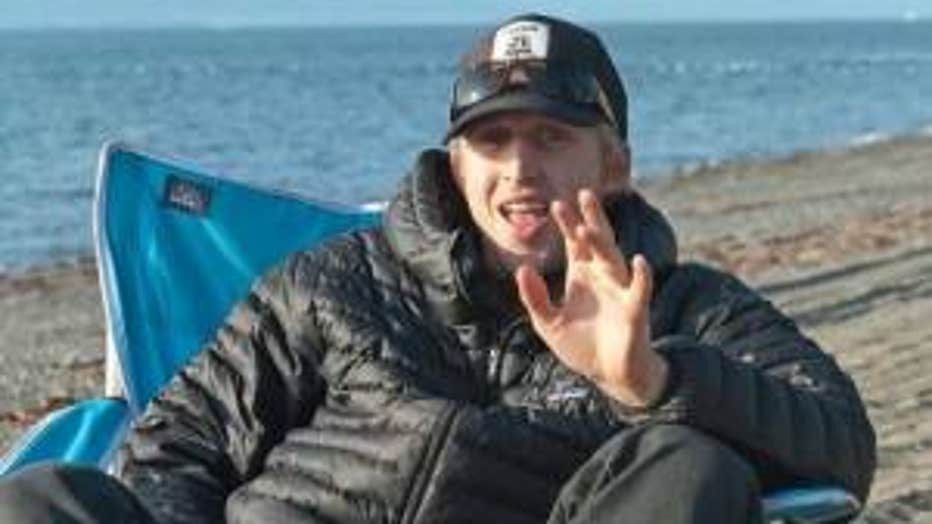 Jake Merrill, 23, of Bellingham, was one of the two skiers killed in an avalanche in northeastern Oregon this week. (Photo: family's Facebook)

In addition to the fatalities, two other skiers were injured -- Bruno Bachinger, 40, of Snohomish, and Susan Polizzi, 60, of Wenatchee.  They were transported Wednesday to St. Mary's trauma unit in Walla Walla, the Baker County Sheriff's Office said.

The uninjured who were evacuated Tuesday night are Raymon Pinney, 32,  Allan Ponio, 36, and Quinton Dowling, 26, all of Seattle.

The guide, Chris Edwards-Hill of Enterprise, Ore., was uninjured during the avalanche.

He and three other guides from Wallowa Alpine Huts assisted in the rescue of the victims.

The bodies of Merrill and Coulter will not be recovered until conditions are safe, the sheriff's office said.