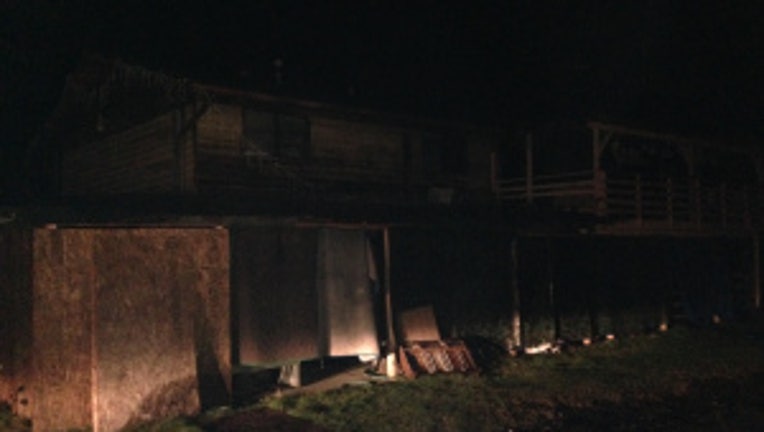 SNOHOMISH COUNTY - Two people were taken to the hospital Tuesday morning after a fire broke out in a rental home in Snohomish County.

A woman and her young daughter were able to make it out through a window.  Another male renter, and his girlfriend, were able to exit the house when a smoke alarm sounded.

The woman and her daughter were taken to Swedish/Mill Creek as a precaution to get evaluated for smoke inhalation.

Fire investigators say the fire was contained to the home's living room area.  They are still investigating the cause of the fire.