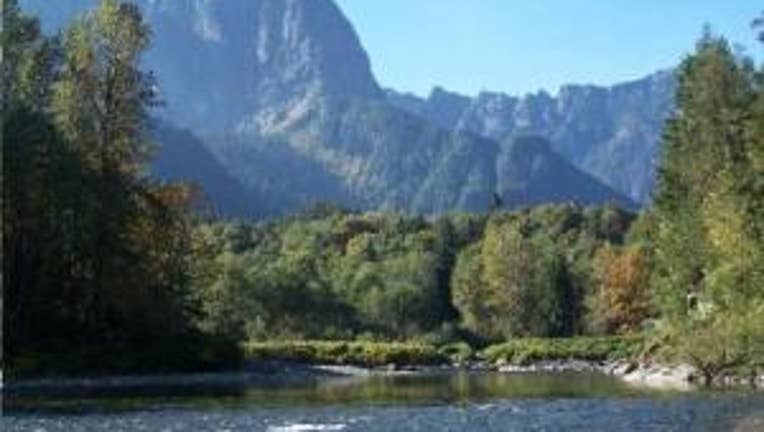 The Snohomish County Sheriff's Office said dive units responded to two overturned rafts, one blue and one white, near Highway 2 between Gold Bar and Index, Wash., on the Boulder Drop area of the river. Snohomish County scanners unofficially reported that one raft made it to the shore, and that some people were on board.