A pickup truck driver crashed into a double dump truck, a semi and a motorcycle on SR 167, killing the pickup driver and the motorcyclist.

KING COUNTY - Two people died late Tuesday night after a wrong-way driver crashed into a double dump truck, a semi and a motorcycle on SR-167 in Pacific.

Trooper Rick Johnson with Washington State Patrol said it happened about 11:30 p.m. just south of Ellingson Road when a pickup truck driver was traveling southbound in the northbound lanes at about 60 mph.

The truck caught fire when it hit the double dump truck, killing the man who was driving the truck and the motorcyclist who was also hit. 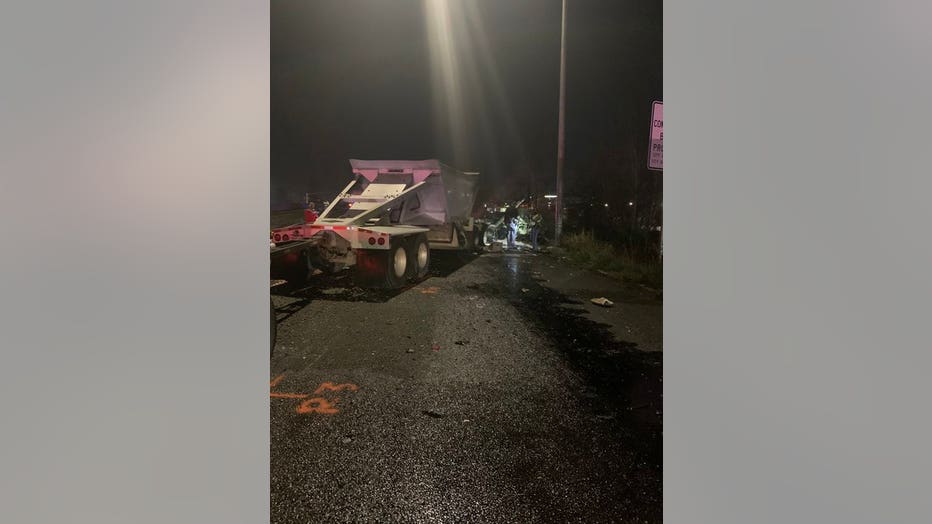 Three other vehicles were hit with debris from the crash, bringing the total number of vehicles involved to seven. No one else was injured in the crash.

SR-167 was down to one lane between Jovita and Ellingson early Wednesday morning. The highway reopened around 8 a.m., but there was a 10-mile backup when traffic started moving again.