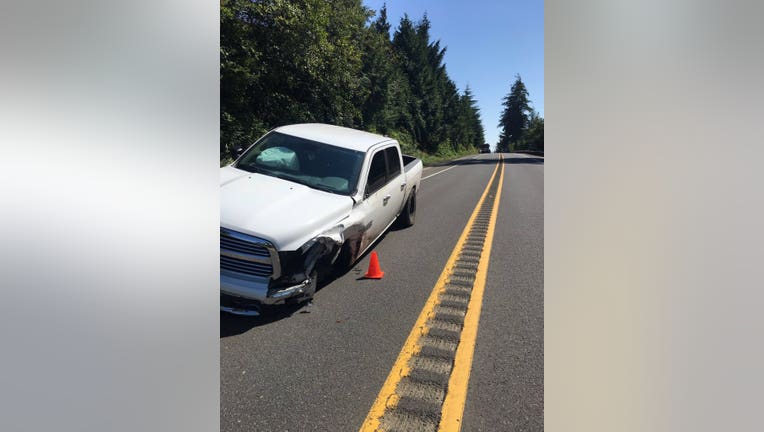 CATHLAMET, Wash. -- Two people on a motorcycle were killed Saturday when a pickup truck crossed the center line and hit two motorcycles.

According to Washington State Patrol Trooper Chelsea Hodgson, the crash happened on SR 4, west of Cathlamet.

Hodgson said the white Dodge Ram pickup crossed the centerline and hit two motorcycles. The rider and passenger of the first motorcycle both died.

The rider and passenger on a second motorcycle were seriously hurt, she said. One of them was airlifted to the hospital.

Troopers collected evidence and used a drone to map the scene.

Impairment did not appear to be a factor, Hodgson said.

The crash is still under investigation. No further details, including the identities of the victims, have been released.

The highway was blocked for several hours but has since reopened.