TACOMA - Two men have been charged with second-degree murder in connection with a shooting death that happened at a Tacoma homeless camp in early December.

According to court documents, the scene unfolded Dec. 3 when 31-year-old Michael Red Cloud and 33-year-old Thomas Pearson went to a homeless camp at 6th Avenue and South M Street, reportedly to confront a man about an earlier theft.

Prosecutors said Red Cloud later acknowledged that "he went down to the encampment to try and beat up the suspect who broke into his car, and to try and force all the people living in the tents to leave the area." He recruited Pearson to help. 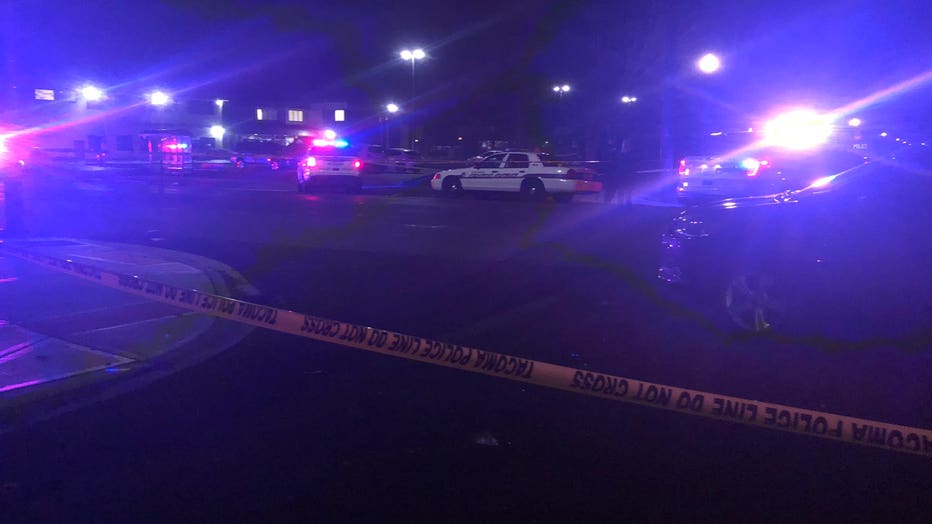 Scene from a fatal shooting at a homeless camp in Tacoma Dec. 3 (Q13 News photo)

When they arrived at the camp, Red Cloud allegedly started beating on tents with a 2x2 piece of lumber while yelling at the campers to leave.

The shooting victim, Patrick Shenaurlt, came out of a tent reportedly armed with a gun. Pearson admitted to shooting the man multiple times while Red Cloud was confronting other people. Shenaurlt was hit twice in the back and died later at a local hospital.

The weapon Shnaurlt was armed with turned out to be a BB gun, prosecutors said.