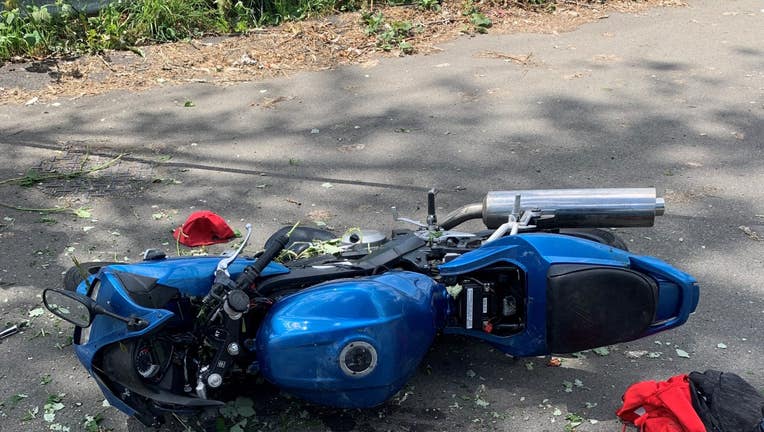 According to Seattle Police, officers were called just before 1:00 p.m. to a crash at Military Road S and 29th Ave S. A witness told investigators that he was headed north on Military Road when the motorcyclist passed him "at a high rate of speed."

The 30-year-old on the motorcycle lost control and hit a guardrail. Medics took him to Seattle's Harborview Medical Center where he died several hours later.

Police said the motorcycle had been reported stolen earlier in May.

Later Friday, officers were called to the report of another crash just after 9:00 p.m.

"Two men had been riding their motorcycles eastbound, heading towards I-5 South," officers wrote in a blotter post. "The first rider mistakenly took the 4th Avenue exit, and was travelling too fast to navigate the turn. He crashed into the guard rail of the exit ramp and was thrown from his motorcycle onto the ground below."

The 31-year-old rider died at the scene.

Both crashes are under investigation.